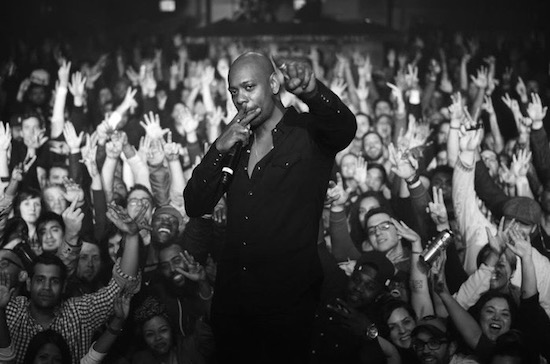 Chappelle is back baby.

Dave Chappelle is one of the most well known comedians of all time, but it’s been a long long time since he’s released any new material on television – 12 years in fact. And the only place you would have seen him doing his thing is if you were lucky enough to catch him live.

That’s all set to change this year on March 21st though, as Chappelle is releasing two comedy shows from his own personal vaults on Netflix. The first was filmed at Austin City Limits Live in April 2015 and second is from the Hollywood Palladium in March 2016. Check out the teaser for the show below:

Yeah, it’s hardly giving much away is it, but I suppose that’s all you can really do with a trailer for a comedy show isn’t it? Looking forward to this one, and then later this year at some point there’s going to be a brand new original special filmed specifically for Netflix that will probably be even better. Chappelle is back baby.