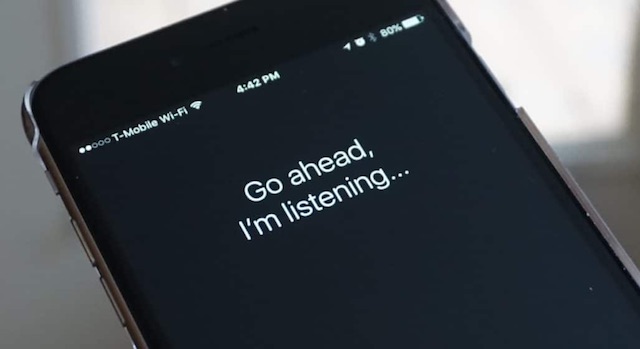 This is messed up.

It’s a well known trope that everyone thinks that their phones are listening to them and recording their conversations as you’ll be speaking about something with someone and then you’ll see adverts for it the next time you’re scrolling through Instagram or Facebook, but it turns out that isn’t actually correct and the truth is far more sinister.

The reality of the situation comes courtesy of Twitter user Robert G. Reeve who decided to explain to us what was going on after he visited his mother for a week and started seeing adverts for her toothpaste on his phone, despite neither of them mentioning it to one another during his stay. Here’s what he had to say:

First of all, your social media apps are not listening to you. This is a conspiracy theory. It’s been debunked over and over again.

But frankly they don’t need to because everything else you give them unthinkingly is way cheaper and way more powerful.

The advertisers can cross-reference my interests and browsing history and purchase history to those around me. It starts showing ME different ads based on the people AROUND me.

The other thing is, this is just out there in the open. Tons of people report on this. It’s just, nobody cares. We have decided our privacy just isn’t worth it. It’s a losing battle. We’ve already given away too much of ourselves.https://t.co/Hb7yiolQz3

“We spotted a senior official at the Department of Defense walking through the Women’s March … His wife was also on the mall that day, something we discovered after tracking him to his home in Virginia.” https://t.co/xBBiDiFHya

Apple’s latest updates let you block apps’ tracking and Facebook is MAD. They’re BEGGING you to just press accept and go back to business as usual.

Block the fuck out of every app’s ads. It’s not just about you: your data reshapes the internet.

Well there you have it. I can’t really say any of this surprises me, but it is kinda crazy just how dystopian the society that we’re currently living in has become and how it’s happened pretty much under our noses and none of us – including me – seem to be that bothered about it.

I’ve stopped all apps on my phone from tracking me after that (Settings, Privacy, Tracking, Off on an iPhone), but I’m sure it won’t be too long until they find a way around it. Question is, will any of us even care about it in the long run?

For more of the same, check out the Camover movement from over in Germany. Those guys had the right idea.