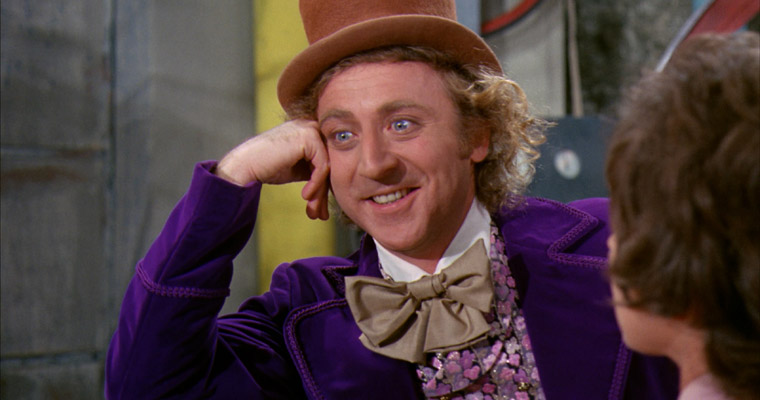 We’re addicted. You’re addicted. Who gives a fvck. Twitter is everywhere and so are parody accounts. Here’s a shit-load from the top drawer. Enjoy Fuckers.

We’re addicted. You’re addicted. Who gives a fvck.  If we have our honesty hats on I even used to follow Ashton Kutcher in the hope that he might tweet a picture of Demi Moore’s used panties…still waiting.

There are a shit-load of famous people letting us come within touching distance and giving the geeks among us a Tron-coloured hard on at the thought of a retweet but they really aren’t the most entertaining part of twitter.  In reality it just reminds us that underneath all the suave manner and coolness that famous people are just as fvcking overtly normal as the rest of us.

Enough fvcking moaning – here’s the list of parody accounts that you will undoubtedly be following by the time you’ve finished scanning through this piece of shit article.

I’m 27 years old. I believe in taking care of myself, a balanced diet and rigorous exercise routine. I enjoy Whitney Houston and Phil Collins. I’m not there.

Why you’re gonna follow?  He’s crass. Vile. Sexist. Utterly insane.  And takes time out of his busy schedule of working out and listening to Whitney Houston to disect vaginas and tweet all about it – what more could you want?

Top Tweet?  “What’s the difference between an onion and a hooker? I don’t cry when I’m cutting up the hooker.”

Who the fvck?  It’s that bloke who used to be on the tele who would give you £250 for sending in a video of your mum banging your dad.  You know the one with the dodgy hand.  He died and a whale took over from him for a while.

Who the fvck?  Bizarre candy factory owner and possible paedophile, Willy Wonka.  Played by Gene Wilder in 1971’s Willy Wonka & The Chocolate Factory and now reimagined in horrendously sarcastic form for the whole of Twitter to fall in love with. Genuine prick.

Why you’re gonna follow?  Because you can quote things that he says and people will think you are cool and stuff.

Top Tweet?  “Name your iPod ‘Titanic’, plug it into the computer, “Titanic is syncing”, press cancel, feel like a hero.”

Who the fvck?  John William Ferrell aka. Will Ferrell aka. Elf aka. Ron Burgundy aka. Jackie Moon. This one man army of comedy isn’t rolling on Twitter legitimatly so for the mean time you’ll have to put up with the parody version.  Guaranteed to get you that hit of Ron Burgundy you need daily to help you step out of the monotony of every day life.

Top Tweet?  “Whats the worst thing you can do to a blind person? Leave the plunger in the toilet…”

Funniest tweets on Twitter! (This Is A Parody Account & Has No Affiliation With Ted From The Movie)

Who the fvck?  Seth MacFarlane’s latest anthropomorphic protagonist, Ted, is a teddybear that is brought to life by the wish of a young Mark Wahlberg.  He’s rude, cock-sure and has a potty mouth that even Peter Griffin would be proud of.

Top Tweet?  “I bet Rihanna and Chris Brown working together again leads to some big hits”

Breathing fire over the wheat fields of the beautiful game. This is a parody account, in NO way related to Sam Neill, Sam Adams, Sam Allardyce or Sam Fox.

Who the fvck?  Manager of the Hammers and professional bung taker.  This fat old twat is pissy, horrible and more entertaining than watching Carlton Cole pretend he knows which foot he kicks with.

Why you’re gonna follow?  Cos you love football and want to be kept updated with all

Top Tweet? “Just off the phone to Chris Tarrant. Fvck me, he’s tedious. If a bowl of jelly could talk, I reckon it would sound just like Chris Tarrant.”

God’s representative at the Olympics.

Who the fvck?  Her Majesty The Queen Of England. That’s fvcking who.

Why you’re gonna follow?  Because you are really into the Olympics or feeling a bit guilty because you’re really not into it.

Hung like a horse and high as a giraffe’s ass. Also, Ambassador to Saudi Labia.

Who the fvck? William Jefferson “Bill” Clinton.  42nd President of The United States Of America, loving family man and general cocksman. Bangs interns, lies to entire nations, embarrases his family, puts up with a whore of a wife, and has some real chops when it comes to the sax.

Who the fvck?  Betty Fvcking White. Everyone’s favourite Grandma.  Racist, set in her ways and probably still an animal in the sack.

Why you’re gonna follow?  Because there is nothing more liberating than a sexually active 90 year-old woman.

Yes it’s me.. Mr Chelsea,The pimp of the premiership! I shag who I want, smashed over 80% of women in London. love the banter!

Who the fvck?  John Terry aka. Big John aka. JT.  The savvy non-racist wife-shagging Mr Chelsea himself.  Team Terry.

Why you’re gonna follow?  He’s even better than the real thing as the parody account doesn’t have to worry about pretending to be nice every now and again. #TEAMTERRY

Top Tweet?  “No Wayne Bridge in Brighton’s starting line to play Chelsea, don’t blame the fella, he’s keeping a close eye on his mrs because i’m near… ”

Who the fvck?  Chuck Norris.  8th Degree Black Belt Grand Master and World Karate Union Hall of Famer.  Apparently the powers that be keep removing his fake Twitter accounts because of his complaints…but this must be a parody account (check the top tweet).

Why you’re gonna follow?  In case he gets drunk and let’s out more classic jokes about Sly Stallone’s dead kid.

Top Tweet?  “Gena & I were saddened by today’s news of Sage Stallone passing away. Our prayers go out to you Sylvester. YOLO”

Who the fvck?  Princess Of Wales, formerly Diana Spencer, going out with Dodi Fayed, hates landmines and the press.

Top Tweet?  “Sorry – was stuck on a particularly tricky crossword clue earlier. The answer was ‘seatbelt’.”

Who the fvck?  Bangs trannies on the regs just because he can, snorts bare gear, genuine bad man who loves dipping his knob in people’s beans.

Why you’re gonna follow?  Because you never really had the necessary father figure in your life to teach you how to fvck 1000’s of women.  Now you do.

Top Tweet?  “‘I’ve just had a shit that was so big that it touched the water before breaking off. That’s pretty impressive from the middle diving board.”

Aw hell, sugar, I ain’t affiliated with the actor Nick Nolte. I’m only a fictional entity based on his mugshot. Whatever the shit that means. (*spits*)

Who the fvck? An American actor whose career has spanned five decades, he still isn’t fvcking dead. He’s getting closer daily though, as his parody Twitter will remind you.

Why you’re gonna follow?  Because it doesn’t matter how shitty your life is, Nick Nolte is still doing worse than you.

Top Tweet?  “Breathin’ through a sweat sock soaked in ether. What I like to call a little Hair of the Dog.”

I invented the mustache. I take my hat off for one thing, one thing only.

East Bound and Down

Who the fvck?  Only parks on double yellows, will pay for your petrol, gives the odd grand to a tramp, hater of truancy, gets sent to John Lewis by his mum to pick up an ironing board and comes back with a quad bike and a table tennis table.  #LAD.

Top Tweet?  “@Joey7Barton: Looking forward to having dinner with my friend” hahaha, ‘friend’, good one Joe… good one. ”

Followers?  272,942.
In fact, on second thoughts, maybe don’t follow any of these parody idiots on Twitter and just get involved with the SickChirpse.  We’ll save you the time and siv through the shit – cos we are just nice like that.