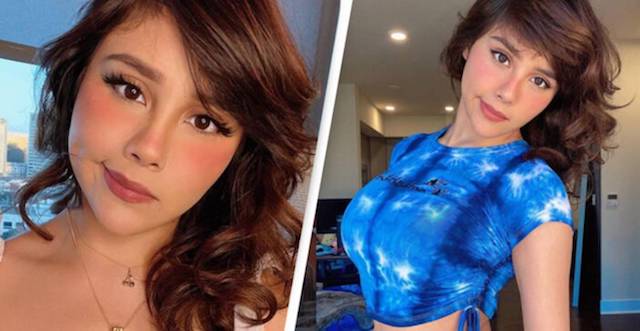 She was convicted of hitting her abuser a couple of years ago.

I’m not going to lie, I’m not entirely sure who Twitch streamer Neekolul is but it sounds like she has a lot of followers on the platform and so it’s kind of a big deal that the 23 year old has just uploaded a massive statement claiming that she was in an abusive relationship for the past seven years.

Neekolul shared the lengthy document via her Twitter account. You can click on the link below to read it or take a look at some of the more important parts from the statement underneath that:

He started out by accusing me of cheating for simply wearing a skirt or speaking to a male classmate – he used this as an excuse to hurt me, which at first started out as pushing, shoving, and twisting/pinching sensitive areas of my body.

From the ages of 15-18 the abuse escalated as time went on: slapping, choking, slamming me, threatening my life at knife point, threatening his life, threatening to hurt both of us (ex. Driving violently in the car threatening to crash it), gaslighting, taking my belongings and breaking them (phones, things of sentimental value etc), and public humiliation (ex. trying to make me look crazy or dumb to other people to isolate me), and so much more.

I don’t know what other things you classify as abuse but this is also around the time that he started to take advantage of me financially which only escalated as I grew into adulthood.

The officer’s words still ring in my head that “you are too young to be going through this, you should rethink if you want to do this”.

I responded that I still wanted to press charges and he still tried talking me out of it, saying something along the lines of “Are you sure? Really think about it” as a scared teenager I thought he must know better and I didn’t pursue it further.

That’s a pretty upsetting read and it sounds like it was a really toxic relationship, with Neekolull even being sentenced to six months of anger management after assaulting her partner back in 2018. Thankfully it now sounds like she’s out of this situation, but will this guy change his behaviour or face any punishment for his actions here?

For more of the same, check out Dr Disrespect’s final moments on Twitch. That was a weird one.