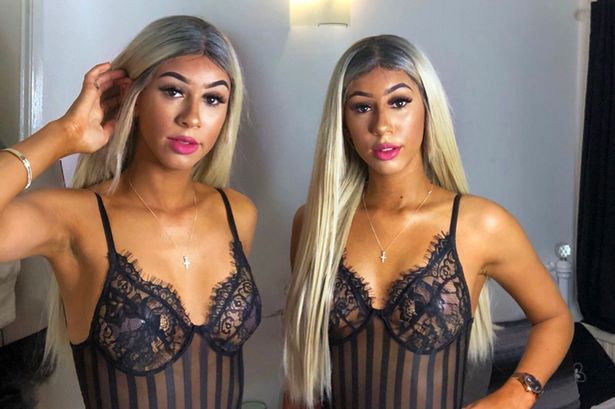 Hate it when that happens.

I don’t know if you can tell just by looking at them, but 19-year-old Shanae and Renae Nel from Southampton are twins.

In fact they have gone all in on the twin life; wearing their hair the same, using the same makeup, wearing the same outfits. They’re even on the same college course.

They love confusing their pals and everyone they meet, but the ultra twin lifestyle often backfires when it comes to each other’s boyfriends. You see, the girls love to go out clubbing with their boyfriends as a foursome while wearing the exact same thing.

One of them (does it really matter which one?) explains:

My boyfriend went behind Shanae and touched her in the club as he didn’t realise it wasn’t me, he was mortified when she turned around.

Can’t blame the guy – it would be pretty easy to mix these two up:

The girls decided last year that they wanted to live completely identical lives, so they make sure to coordinate their aesthetics every single day. Which seems a little bit psychotic if you ask me.

That’s got to be complicated. What happens if they get a DM from some Instagram hunk? Does one of them have to call shotgun? I mean I know they both have boyfriends now but apparently even their love lives are synchronised too:

People always think we plan to get into a relationship at the same time, but it just weirdly happens.

Yeah right. These two are banging on about the fact they coordinate every single aspect of their lives and we’re supposed to believe their super synced love lives are just a coincidence? No chance.

How these two are not completely sick of each other yet, I’ll never know. I mean how do two people just decide to do everything together right down to how they look and what they study at college? On one hand it’s fascinating, on the other I’m pretty sure these two are grade A lunatics.