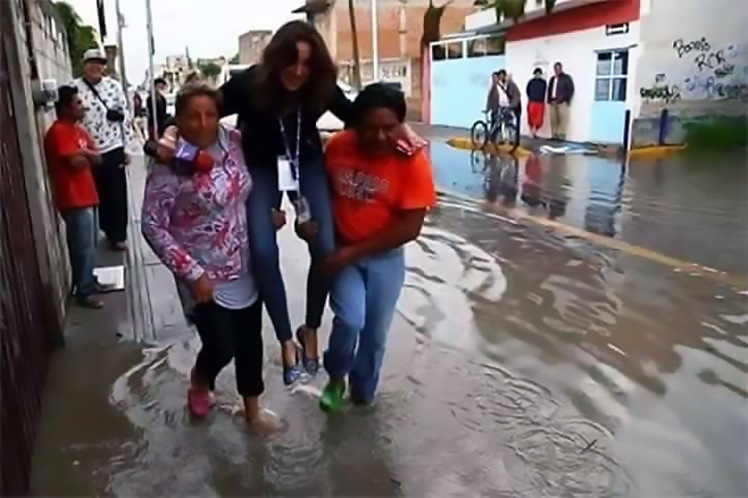 A Mexican TV reporter has been fired after a photo surfaced online showing locals carrying her down a flooded street.

Lydia says she didn’t have the proper clothing with her:

I should have been quicker to refuse the kindness of the people who only tried to help me.

I try to maintain a good relationship with people and I was afraid I would sound rude if I turned down the favour.

They carried me two seconds and after I asked them to put me down.

A photojournalist on the scene took a picture of her being carried and posted it to Facebook. 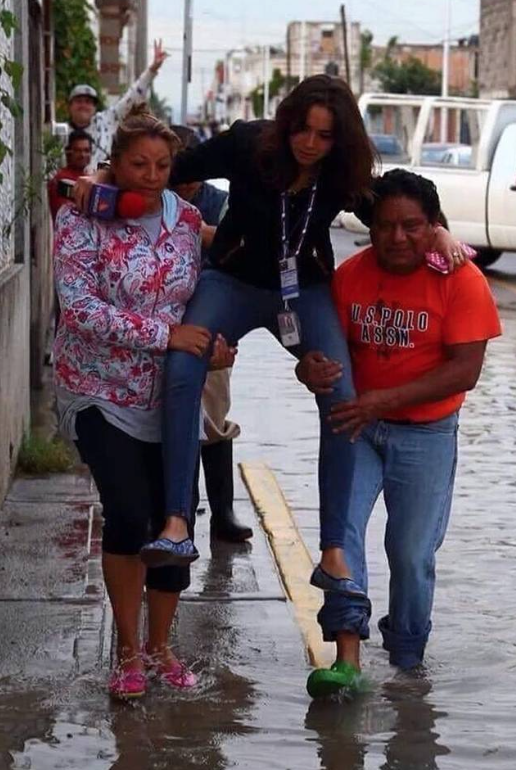 Her boss then tweeted about her dismissal:

She was fired yesterday. I’m sorry for what happened. Her attitude is regrettable and for this we sacked her.

The whole thing spawned a bunch of memes, naturally: 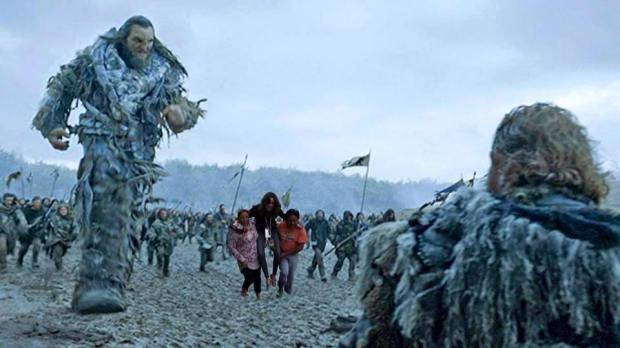 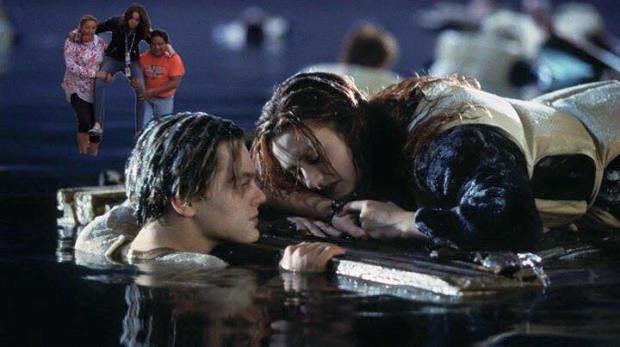 #ladyreportera when you are trying to see the boys so you convince the people beside you to hold you up. pic.twitter.com/WZpx0x8Yfi

Is what she did really so bad though? Seems harmless to me. I mean that kind man and woman offered to carry her and like she says it’s rude to turn down a favour. Not to mention when that favour means your expensive shoes stay nice and clean. Much easier to just let a couple of locals carry you over the floods so you don’t ruin your shoes.

Having said though – that photo does make her look like a bit of an arsehole. Cheers guy who just had to take a picture.

To watch a bunch of feminists dump a bottle of piss over a reporter’s head for disagreeing with them, click HERE.