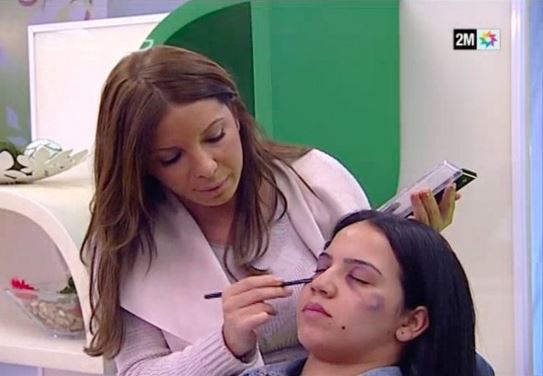 Domestic abuse should not be a normal fact of life.

A national TV channel in Morocco came under fire recently after it aired a tutorial for women on how they can cover up bruises from domestic violence. Yeah, because that’s the issue when it comes to violence against women.

After discussing make up brands for heavy coverage, the host says:

We hope these beauty tips will help you carry on with your daily life.

It’s absolutely disgusting that anyone would take this attitude towards the serious issue of domestic violence, as if it were a normal fact of life. The women’s daily show aired on Moroccan state TV this month and has since attracted a backlash of criticism for normalising assault:

Obviously the main issue here is that the message tells women that violence is an acceptable part of relationships and that the right thing to do is to conceal it.

Since the public outcry, the channel 2M has apologised and taken the footage down. But it definitely left its mark and the message was loud and clear – in many parts of the world, domestic violence against women is still happening and it’s disgusting that for so many, it is a part of normal life. The world still has a long way to go with regards to feminism and equality for women.

Unfortunately the progression is slowed down even further in the West with all of this pseudo-feminist bullshit.