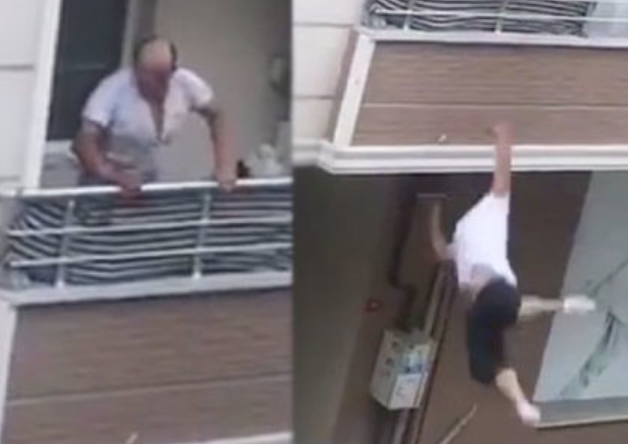 If you were a Turkish guy on a balcony arguing with somebody else on the street below, you would think you had the positional advantage, especially when it comes to lobbing projectiles. But that only really applies if you don’t attempt to lob something with so much force that you end up toppling onto the pavement and knocking yourself out.

Just a prime example of how anger never solved anyone’s problems (be warned – footage may not be for the faint-hearted):

Oof! The good news is, according to Reddit, that the man survived the fall – albeit with some broken bones.

Well that makes it a more palatable watch, right? Guessing he was drunk off his face too which may have contributed to him surviving the fall. Let’s just be thankful he didn’t land on his head otherwise he’d be a goner for sure.

Here’s a translation of the argument someone provided as well: 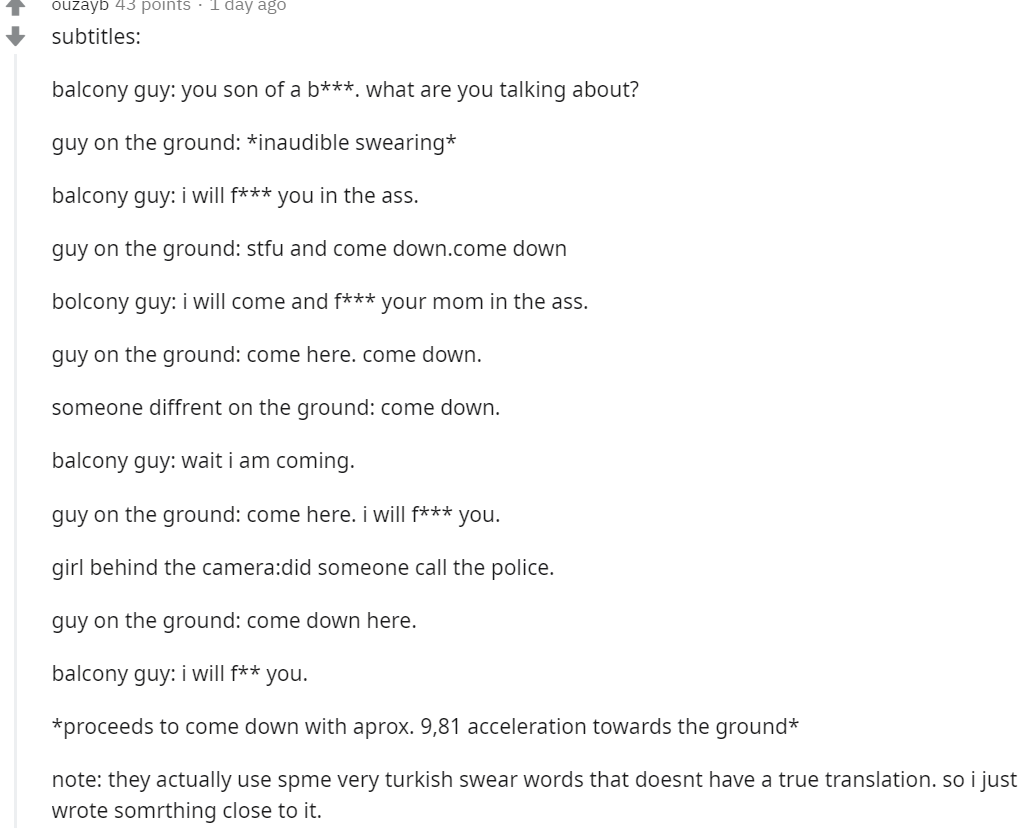 To watch a grandma in Belgium obliterate a skater by dropping a flower pot on his head from her balcony, click HERE. Ouch!