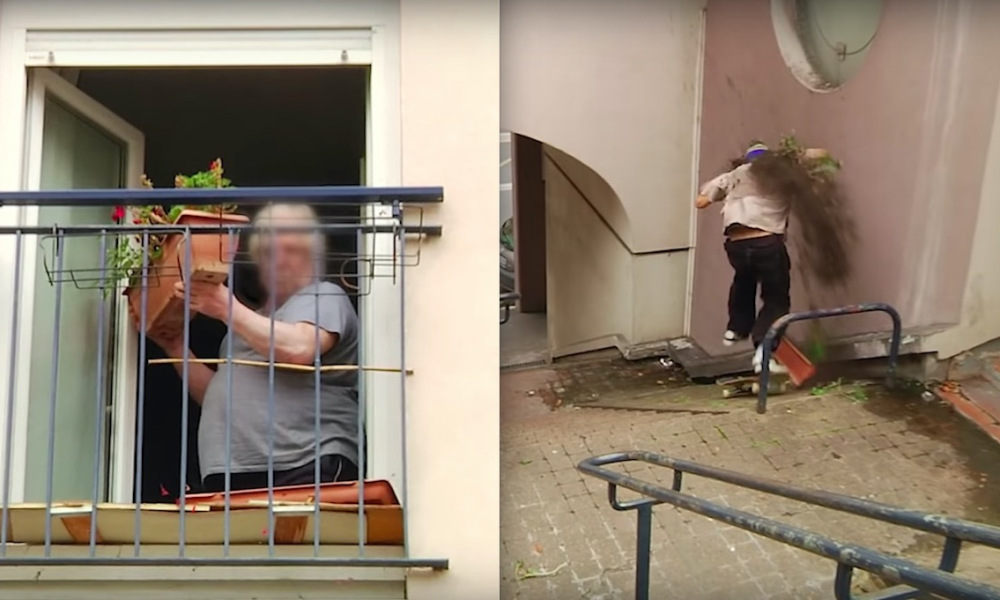 This is attempted murder, surely?

Belgian skater Jarne Verbruggen was out recording some content to share on his social media the other day, when a pissed off neighbour decided to launch a flower pot at him from way up high on her balcony.

I’m pretty sure this is an attempted murder charge any way you look at it:

Brutal stuff. Apparently Jarne was KO’d after hitting the wall but as you can see he got right back up and landed the trick anyway. He told unofficialnetworks:

I was unconscious after hitting the wall but doing the trick made me feel like the best payback.

There’s no way this old lady gets away with that, right? I mean OK her aim was fucking epic – gotta give her that – but she could have literally killed him either from the impact of the flower pot landing on his head or from colliding with the wall afterwards. Must have been extra annoying for Jarne because he was 100% landing that trick before the old hag intervened. Legendary stuff to then get back on his skateboard and complete the trick. Up yours, grandma!

P.S. Some debate over whether it’s a grandma or granddad, I’m sticking with grandma.

For the time Mitchie Brusco became the first skateboarder to land a 1260, click HERE. Unreal.