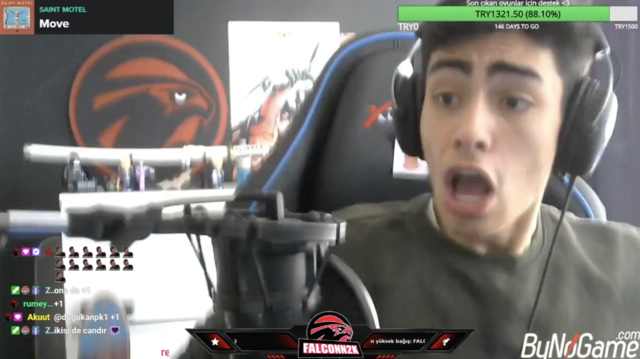 The death toll of the massive 7.0 magnitude earthquake that hit Turkey on Friday rose to 91 today, with many more injured as rescuers continue to hunt for survivors.

Turkish Twitch streamer Falconn2k, based in Izmir, was gaming/livestreaming as the earthquake hit, and shared dramatic footage of his home violently shaking as he ran for cover:

Holy shit. That must have gone on for 30 – 40 seconds? I don’t think any of his subscribers will begrudge the guy yelling “earthquake!” and cutting the stream short to run off like a little bitch, all things considered. Speaking of which, aren’t dogs supposed to start barking about 30 seconds in advance to warn you an earthquake is coming? It’s no good barking after the earthquake, is it? Maybe we give dogs too much credit.

In any case, good to see that Falconn2k and his home were spared, but obviously an awful time right now for so many people in Turkey who were affected by the earthquake and tsunamis that followed.

Turkey’s Disaster and Emergency Management Presidency said the earthquake was centred in the Aegean Sea at a depth of 16.5 kilometres, and shockwaves were felt as far away as Istanbul (240 miles north) and Crete (200 miles south).

For insane footage of 3 women being hit by the devastating shockwave of the Beirut explosion in August, click HERE.