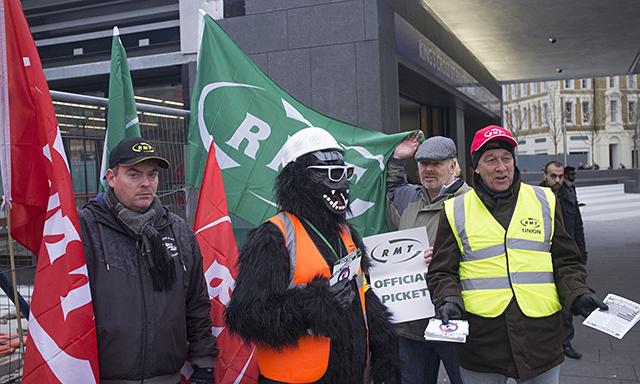 The RMT Union are currently wrecking havoc on the majority of Londoner’s lives, but in reality they should stop trying to skive off and face the future.

‘There is currently an excellent service running on all London underground lines’, announced a voice over the loudspeakers, as we stared across 4 empty platforms. That was last week, and though I cursed under my breath and exchanged exasperated glances with the other fed up commuters, at least we knew the trains were coming. Unlike this week, where the drivers are kicking back (sorry, ‘striking’) and perfectly functioning trains gather dust while the rest of us with places to get to figure out alternate routes.

Yep, it’s tube strike season again. The first of two planned strikes in London over the next two weeks got underway at 21:30 last night and will be in effect for 48 hours. The RMT union is upset over plans to close ticket offices at stations, which they claim will threaten safety as well as cost 1,000 people their jobs.

London Underground denied there’d be any impact whatsoever on safety and suggested ticket office staff could find more meaningful work in other areas of the station once the machines take over.

In a classic and entirely typical clusterfuck situation, everyone involved is pointing the finger at someone else, with tube bosses accusing the union leadership of holding a “pointless strike” and “simply making it up as they go along”, with the RMT responding that tube managers are “hell-bent on confrontation”. 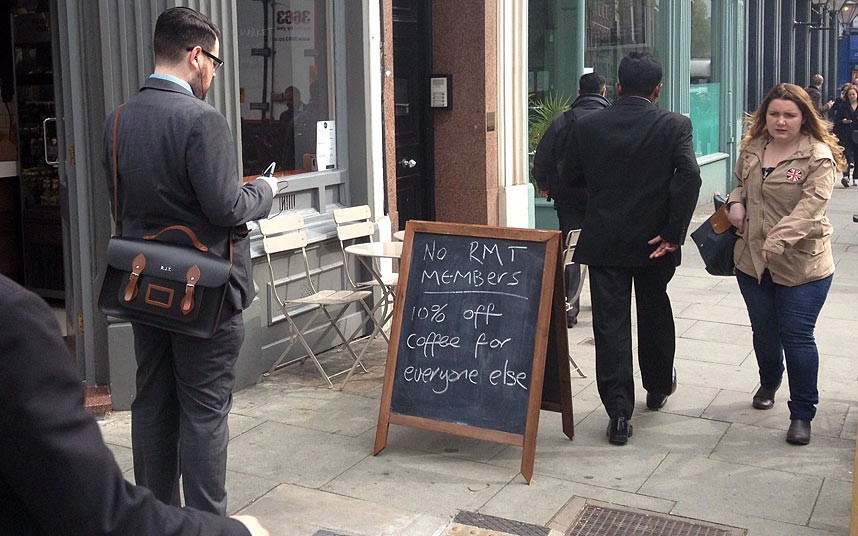 A two-hour crisis meeting led to fuck all. If you decided to try your luck on the tube today you’ll have noticed no trains on the Waterloo and City or Circle lines, and that the Piccadilly and Central lines are also both pretty much out of service (particularly around central London), while other lines have been affected more in outer zones. It’s confusing and it’s crap and you better get used to it because there’s another 72-hour strike coming next week after the bank holiday weekend, so consider this week a warm-up. Yay!

Transport for London have advised that commuters plan their journeys ahead of time and walk/cycle where possible (cheers for that). They’ll also have back-room staff working as “ambassadors” at stations to remind everyone that the Tube is fucked and to point them off in another direction that will take twice the time of their usual commute. If you’re lucky enough to find a train going where you’re headed prepare to be cramped to shit inside the carriages with all the extra demand.

Thinking of taking the car into work instead? Enjoy the traffic with thousands of others who had the same idea as you, and try to avoid a violent meltdown of Michael Douglas Falling Down proportions as you learn that the congestion charge will not under any circumstances be lifted (TFL doesn’t want more drivers filling up the streets, despite the fact that the tube is out of service). 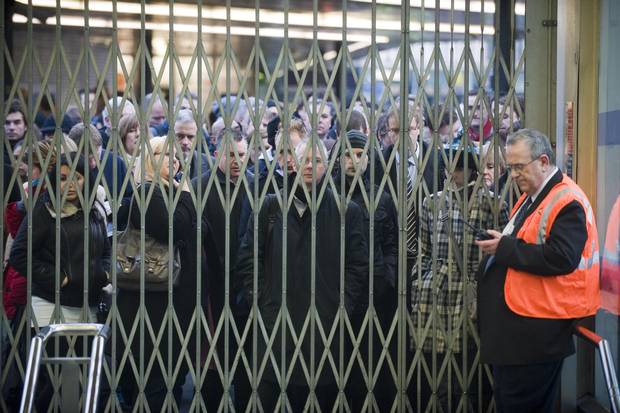 Mike Brown, managing director of London Underground, said the RMT appeared “implacably opposed to the modernisation of the tube”.

“Only the RMT leadership know the real motivations behind their actions, but it is infuriating that London’s commuters and businesses are the ones who are being forced to pay the price with five days of utterly pointless and disruptive strikes.”

He said:  “The RMT leadership continues to say no to everything. They are simply making it up as they go along.”

Totally believe what Mike is saying here. We’ve all paid witness to the miserable faces of London Underground workers; they’re the faces of people who would do anything to take a couple of days off work. We know it, you know it, Mike knows it, they know it. Are the RMT genuinely pissed off at the fact that machines will be replacing manned ticket offices (which they know is 100% happening whether they like or not), or are they making all this noise in hopes that the future of public transport will be stalled just so 1000 people can keep their jobs? Sorry guys, but that’s not how shit works in the real world. Get a grip.

“Despite the spin from LU, nothing that they are proposing is about modernisation. The current plans, closing every ticket office and axing nearly a thousand safety-critical jobs, is solely about massive austerity cuts driven centrally by David Cameron and his government and implemented by Mayor Boris Johnson.”

Ah yes, solely about massive austerity cuts and nothing to do with the fact underground station office/ticket jobs have long been made redundant by technology and cashless payments. These idiots should be thanking their lucky stars that they’re still working underground in 2014. It’s easy to throw the evil David Cameron and Boris Johnson’s name around to get sympathy for your cause, but in this case, politics isn’t even what it’s really about.

There’ll be people who believe the idea of the automating and using machines for everything isn’t a good one. They’ll say there’s nothing like having a person in uniform hand you your ticket and also advice, whereas you can’t verbally interact with a machine or have it ask you about your day as it prints your ticket (yet).

It’s time to accept that robots and machines are the future whether anyone likes it or not. In the grand scheme of things, this is the most effective, progressive move humanity can make (slightly ironic, but true). Machines don’t complain, machines don’t slow down, machines don’t ask for the day off, machines don’t look and act like miserable bastards on a Monday morning making our trip to work even more depressing when we’re forced to brush shoulders with their dandruff ridden uniforms. Machines work faster, harder and when they break, they are easily replaced and won’t threaten you with legal action. They also don’t take maternity leave or require an hour break for lunch. You want to keep things efficient and hassle free? Use machines, not people. That’s reality, that’s the future, and that’s what the RMT need to get used to.

Oh well, I better get marching on if I want to cover these 15 miles in time to make it into town for 20:00. At least I won’t have to come across any of these characters along the way, I suppose.

â˜› Read Next: Top 5 Dickheads You Find On The London Underground