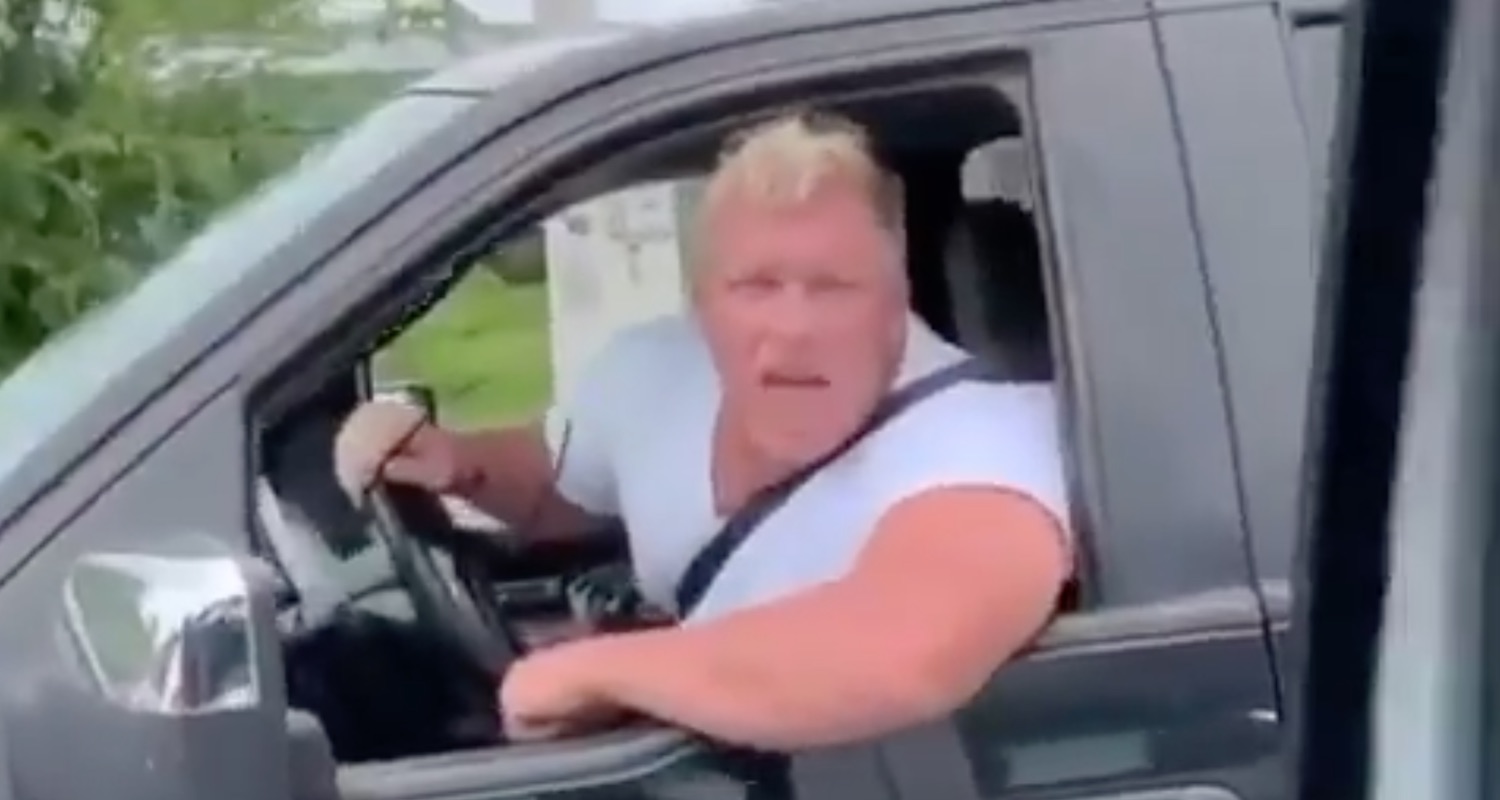 Remember a few years back when that guy Ronnie Pickering went viral after he shouted at someone from a car window and threatened to fight them? It was the literal definition of a classic internet moment.

Bearing in mind how popular it was, it’s actually really surprising that it’s taken so long for an American remake of it to come out, but let me tell you it has definitely been worth the wait. Not really sure what the context of the clip is other than it’s going down in Indiana, but I like to think that the guy in it – a stone cold ringer for Brock Lesnar – has just seen the person filming’s bumper sticker and decided to go absolutely crazy about it.

Remember, these types of folks will be voting. #WeMust864511320 pic.twitter.com/4tM3TuBQVD

Wow. There’s just so many great things about that video but my favourite has to be that he’s wearing a pair of sunglasses on his head but also has a pair in his hands? Why does he need to do that, especially when he’s driving and trying to shout at the guy making the video? I would say he’s kinda talented to be doing three things at once if he wasn’t such a meathead.

I know it tends to be Trump supporters who act like this but I imagine there are people on the other side of the political spectrum that act similarly as well, yet regardless of their ideology I just don’t get how someone can wake up in the morning and think that it’s going to be a good idea/fun to scream and yell at a random person like this from their car window. How can people become so enraged that is makes them act like this? Really glad I don’t have to interact with people like this on a regular basis. Feel sorry for those that do.

For more of the same, check out the original Ronnie Pickering clip here. Legend.