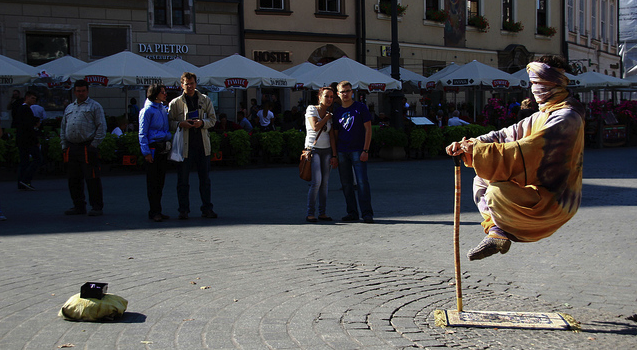 I’m sure when you’ve been on holiday in a big city or a beach town – or maybe just every day if you live in a place like that – you will have encountered some street performers, and you probably will have encountered guys like the one above who looks like he’s actually levitating in the middle of the street. Crazy huh?

The thing is, we all know that he (or even she) isn’t actually levitating in the middle of the street but damned if we know how he’s managed to pull off the illusion. Well, I’m going to spoil it all for you below with a diagram that explains exactly how it’s done, so if you don’t want to know then don’t read any more of this article.

No, they aren’t using quantum levitation or anything like that. It seems that the street performers are merely sitting down in their position, with a specially designed platform on the end of their magic pole which they appear to be using for levitating. It’s basically all down to custom built platforms – which take into account the size and weight of the subject – and the balance of the subject.

So now you know, although they must have to get there pretty early in the morning to make sure that nobody sees them putting the platform up eh? 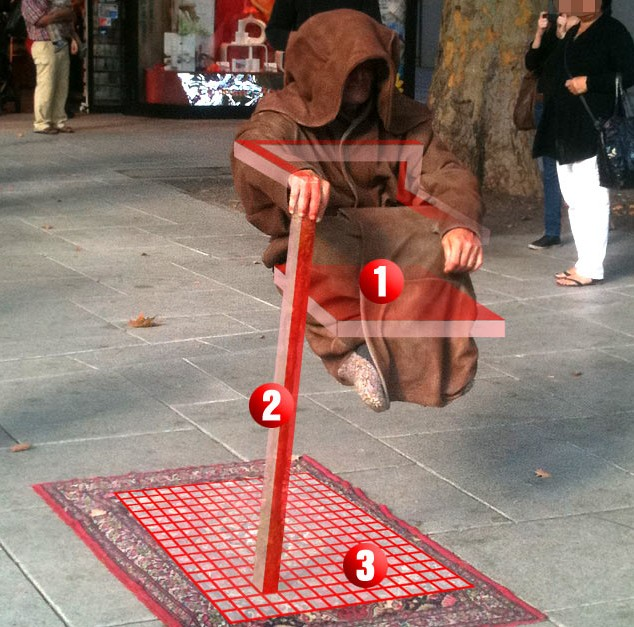