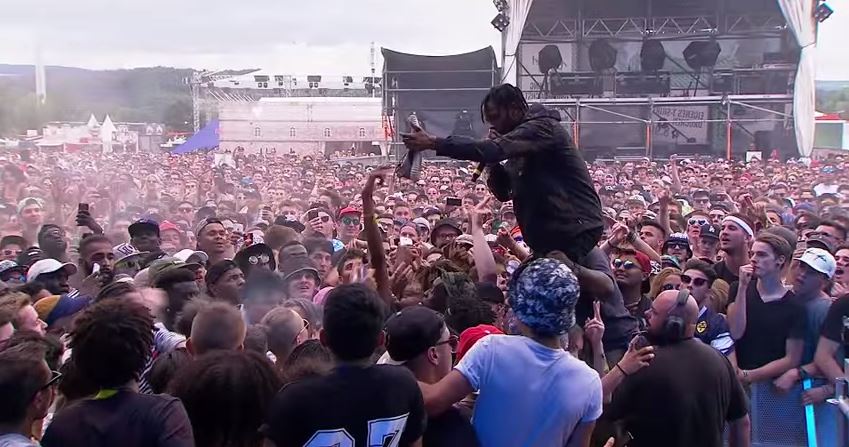 Rapper Travis Scott was performing at the Openair Festival in Switzerland the other day when he went in for a spot of crowdsurfing, while rocking his brand new Yeezy Boost 350 trainers (no idea).

One sneaky fan saw this as a prime opportunity to snatch them right off his feet, but was probably left wishing he hadn’t once Scott clocked exactly who he was and pointed him out to the rest of the crowd:

Whoever this poor guy was had thousands and thousands of people chanting ‘fuck that bitch’ at him, got punched and kicked several times, spat on by Travis Scott and then dashed out of the concert by security. Safe to say putting his hands on Scott’s shoes was one of the worst decisions of his life – though Scott should probably receive a dressing down too for the fact he could have incited a full scale riot.