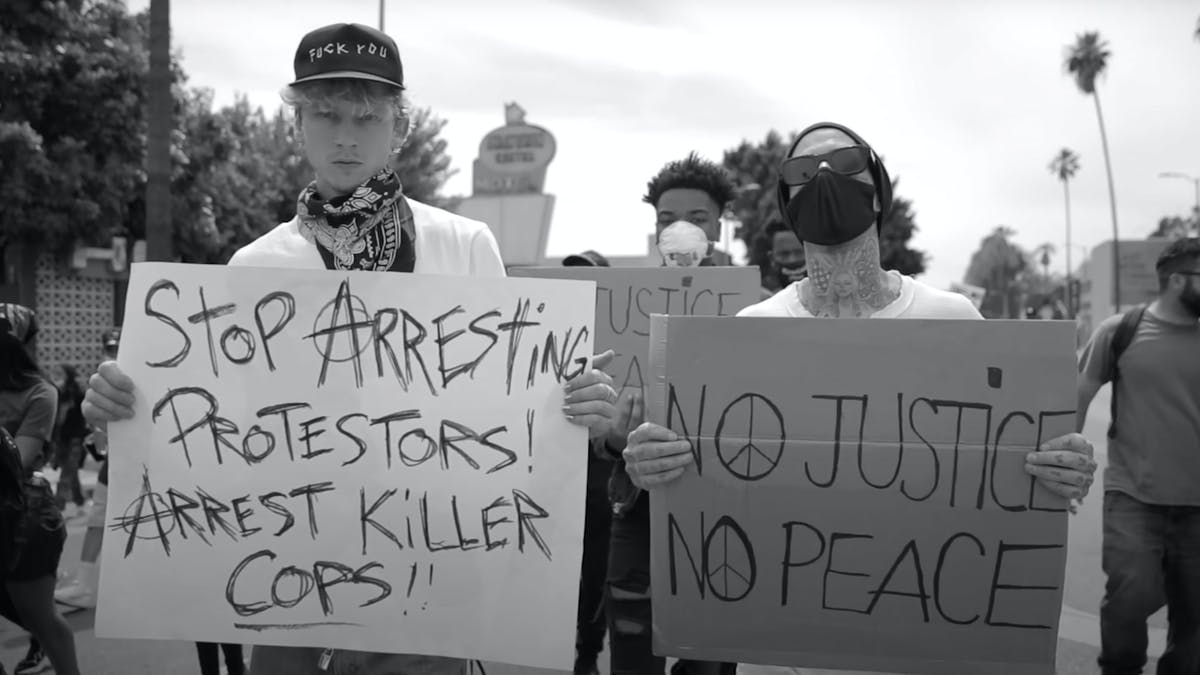 A whole bunch of celebrities have been using their positions of power and influence to encourage and promote the Black Lives Matter movement, and whilst that message is obviously the most important part of all of this, it also means we get to see cool collaborations like this one from Travis Barker and Machine Gun Kelly teaming up to cover Rage Against The Machine’s ‘Killing In The Name Of’.

Not really much else to say about it except to hit play and pump up the volume:

Yeah not really sure if they should be hanging out in the same studio and recording this, but at least they seem to be socially distancing and wearing masks. I’ll let them off.

Cover itself is pretty cool, although MGK is never going to sound as good as Zach De La Rocha is he? Not a bad version though for what it’s worth though and the main point of it is to raise awareness anyway – with over one and a half million views I think it’s done that.

Also important to note that both MGK and Travis were seen out on the streets protesting as well, so props to them for that. Motherfuckers.

For more of the same, check out Post Malone and Travis Barker’s Nirvana set from earlier in the lockdown. Seems so long ago.