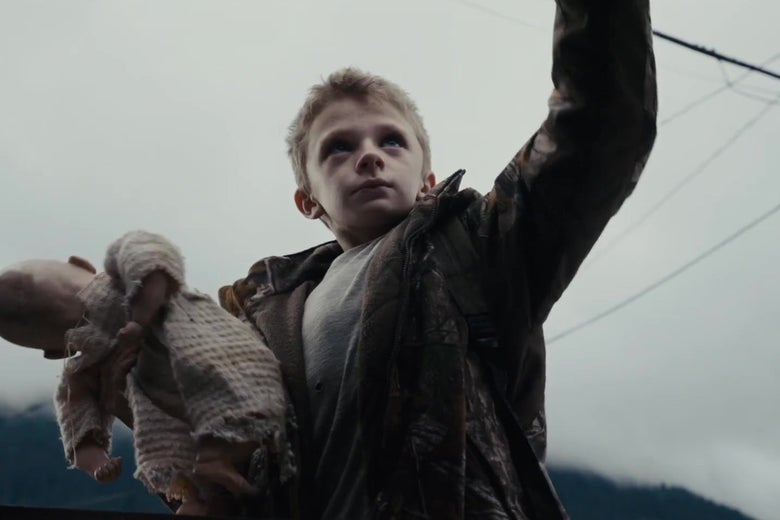 Horror movies are always coming out thick and fast but there are only ever a few of them that are truly scary and it looks like we’ve got a contender right here in the form of Scott Cooper’s new film ‘Antlers’.

I’m saying this because the trailer is practically a mini horror movie on its own. It’s probably better if you just take a look at it yourself because these things always work better when you just jump right in without any idea of what’s going on:

Geez that was chilling wasn’t it? From what I can gather from that trailer it seems like some little kid is walking around his hometown bringing dead animals to feed his weird ass monster father that he has locked in his house and his teacher is a bit worried about him and Todd from Breaking Bad is investigating some murders which may or may not be linked to the crazy daddy monster thingy.

Looks tense and I am all for it, although I’m slightly put off by the fact that Guillermo Del Toro is an executive producer so the monster is gonna be one of those stupid looking ones that he always has in movies, but hopefully it’ll be more of a monster in the shadows kinda movie as opposed to one where it gets a lot of screentime. Here’s hoping.