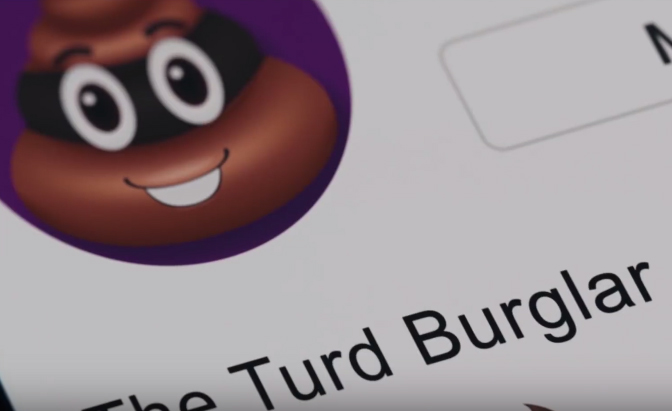 Who is The Turd Burglar?

American Vandal was one of my favourite new series on Netflix last year and I feel like it didn’t really get the respect or notoriety it deserved for being an absolutely excellent pastiche of the current true crime dramas that everyone completely bums off.

Nevertheless, it’s been granted a second season and the turnaround on it has been very quick, with it arriving little under a year after the first one premiered. The series still revolves around the two idiot schoolkid documentary makers Peter Maldonado and Sam Ecklun, but this time their focus is on another case: one where a mysterious character known as The Turd Burglar was recently responsible for a prank that left the whole school shitting their pants:

I mean yeah wow – it looks like they’ve completely ramped things up for this case and it’s going to be another excellent series of mystery, comedy and pastiche. I just love how serious everyone involved with it is when they’re clearly discussing something that’s really really stupid and the moments when they break the fourth wall to reflect this.

Really haven’t seen anything like it before and to say I’m excited for this one would be an understatement. It’s not even long until we get to watch it with the release date of September 14th only being literally a couple of weeks away. Almost certainly gonna binge watch it all weekend and I can’t wait. Who is The Turd Burglar?

For more of the same, check out the trailer to the first season then go watch it immediately. You won’t be disappointed.