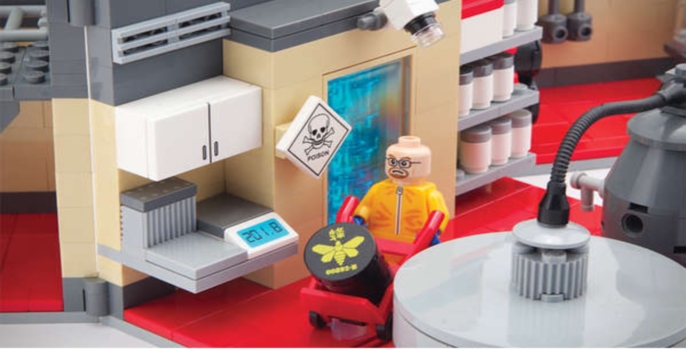 A rival of Lego named Citizen Brick has released a Breaking Bad based meth lab playset.

The kit, which sells for £160 or $250, is branded ‘SuperLab’. It lets any child or adult recreate Walter White’s crystal meth lab, as the 500 part set uses all the drug paraphernalia used in the TV show. The toy set has sold out already and includes the sales line “Soothe yourself with the Citizen Brick Superlab Playset”. 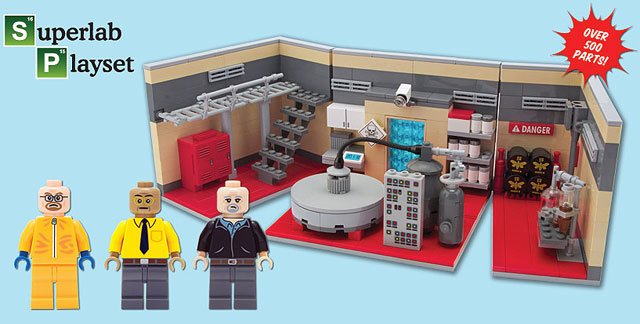 The set, however doesn’t mention any actual names from the show, but makes some very obvious allusions. There’s a “Chemistry Enthusiast” (Walter White), “Chicken Enthusiast” (Gus Fring) and “World’s Best Grandpa” (Mike Erhrmantraut). Fring’s head even has a surprise reverse side with a more gruesome face that’ll be familiar to fans of the show. Citizen Brick, which specialises in creating off-the-wall custom made collectible toys has even included the infamous RV mobile meth lab from the show. 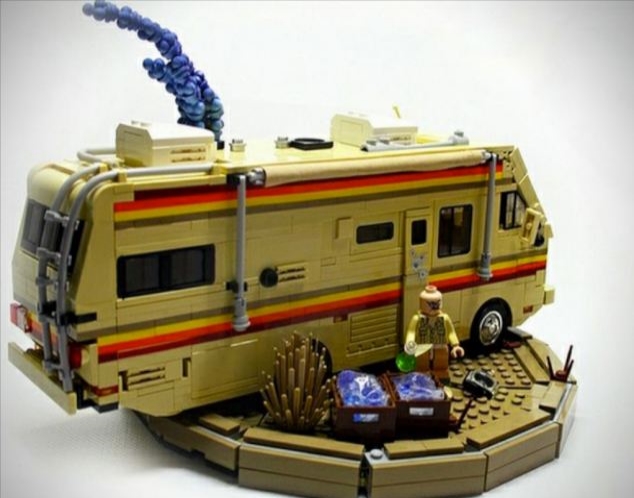 Lego also does not want to associate itself with the toy due to the obvious “adult content”. Many people have also taken to Twitter to express their unhappiness with the release of the playset, deeming it irresponsible.