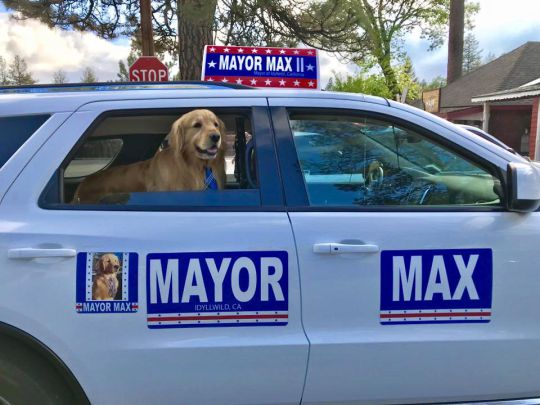 It’s fair to say that a lot of people these days feel pretty disenfranchised with politicians and their recent actions all over the world, but here’s a story about a politician that might change your opinion of them.

His name is Maximus Might Dog Mueller II and if his name and the title of this article haven’t given it away, he is in fact a dog. He was elected to the role of mayor of the Californian town of Idyllwild five years ago and will hold the position for the rest of his life apparently, kinda like Vladimir Putin or something. He now spends his time taking photographs with kids, wearing ties, driving around in cars and other important mayoral activities. 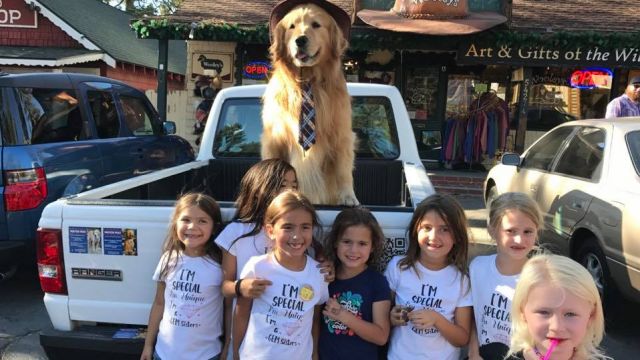 Maximus won the election five years ago by a landslide, presumably because he had way better policies than the 13 other dogs and two cats that also ran in it. Everyone who voted had to pay one dollar for their vote and the money raised went to the town animal shelter, which sounds like a really smart way of doing things for once. Guess this dog really did have way better policies than most humans too. Maybe more towns should take Idyllwild’s lead and elect more animals to public office. Can see it really working out for everyone involved.

For more doggos, check out these dogs who have formed a death metal band. Different.