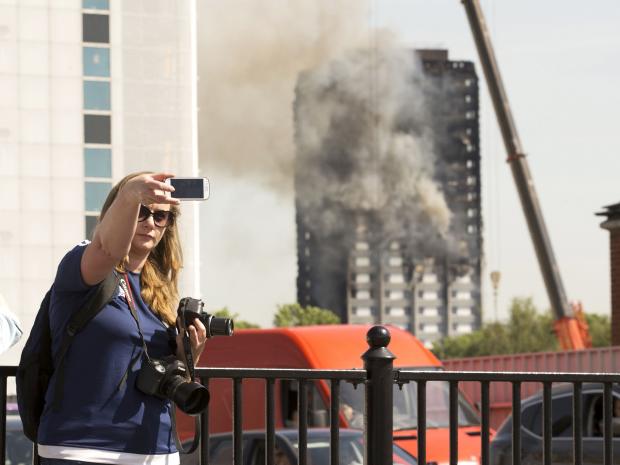 Despite the fact that the Grenfell Tower disaster is barely a week old, disaster tourists are already apparently flocking to the site in order to take a selfie with the wreckage of the burned out tower block.

To say that this is completely and utterly disrespectful, especially so close to the actual date of the tragedy, would be an understatement, although that doesn’t seem to be stopping people from doing it. Signs have even had to be erected telling people to not take selfies, reminding them that not only is it a highly offensive action, but also the remains of the casualties are still in the building.

Some people huh? I’m not really sure why it’s desirable to get a selfie next to the site of a major disaster where a whole bunch of people lost their lives, but I suppose that’s what some people are doing these days. Does that really get you a lot of likes on social media? Do me a favour and leave it out, even if it does.

For more disaster selfies, check out these seven selfies that were taken moments before the taker’s death. Grim.