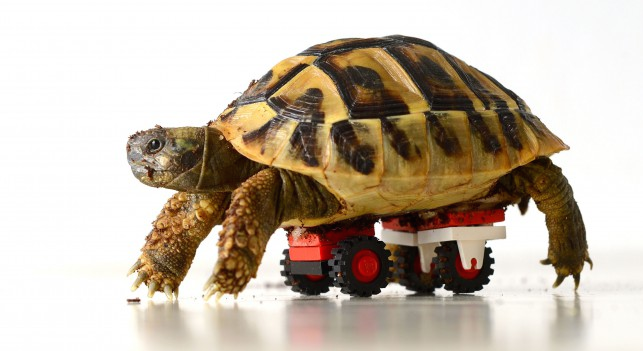 It seems like LEGO iare being utilised for its practical applications more and more these days – like this kid who recently used it to dramatically undercut the price of Braille machines and become a millionaire in the process – and now one veterinary doctor has used the toy to help a tortoise who lost the use of its legs get around more easily.

Blade the tortoise (cool name) was taken to his local vet over in Germany after his owner Iris Peste noticed that he was moving around even slower than usual. Once there the vet – a Dr. Carsten Plischke – realised that Blade had temporarily lost the use of his legs, and although expected to make a full recovery in time would find it even harder to get around in the coming weeks.

After seeing his son playing with LEGO, he then came up the ingenious idea of stealing some of his son’s LEGO blocks and wheels (terrible father) and fitting them to the underside of Blade’s shell to give him the extra mobility that he was no longer capable of. Blade seems to love the wheels and is getting around way faster than before, so much so that he’ll probably be sad to see them go when the use of his legs does return to him. 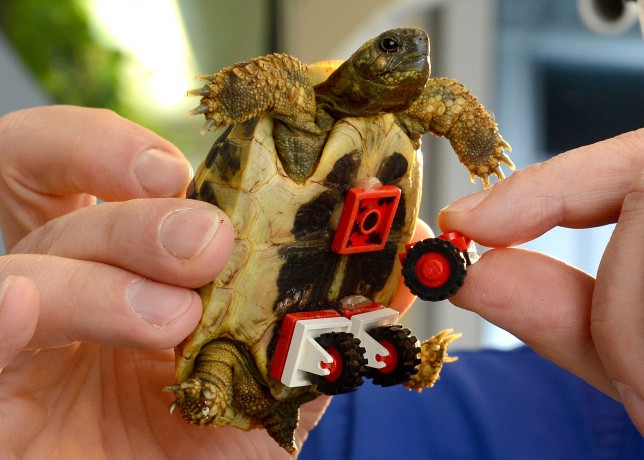 Plishcke explained why he sought this solution for Blade:

For people there are walkers, rollators or prostheses, but for animals there are no companies that produce something like that.

Much like the Braille kid, Plischke now hopes to develop solutions such as this for other animals in order to ease their pain and suffering when confronted with situations like this. It’s unlikely that he’ll become a millionaire from it but that’s OK with him – he loves animals and just wants to help them out. Hero.