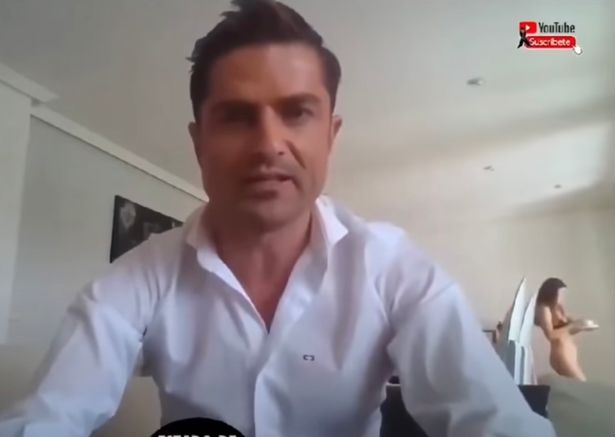 One of the dumbest aspects of quarantine is the fact that TV presenters and journalists have to do the majority of their work from home and so we get to see them on video calls all the time and even though a whole bunch of people have managed to screw them up, they’re still finding new ways to do this.

The latest gaffe comes from over in Spain, where Spanish journalist Alfonso Merlos was sharing his opinion about the Coronavirus with Spanish news channel ‘Estado de Alarm’ when an unnamed naked woman suddenly walked into the room without him noticing. Eagle eyed viewers were also quick to point out that she wasn’t his girlfriend, who was a former Big Brother contestant in the country.

Here’s the scandalous video below:

Naughty. The incident has forced Alfonso to make a statement, revealing that he is no longer dating Marta Lopez and that the two have broken up:

In the situation I am fine. At the moment I do not want to make statements, or even clarify the situation because neither what is being published nor saying, is in line with reality.

So, after a few days, everything will be clearer and you will really see what happens.

We have not broken now, because the relationship in the terms in which it existed at one time, no longer existed.

You understand me? Not much more to add. I think you understood me. And in due course certain things will be seen more clearly.

I don’t really understand him at all no, but I guess it means that the two of them have broken up and he’s now tapping that naked woman during quarantine, who some have claimed is Spanish TV show Socialité reporter Alexa Rivas. Lopez has confirmed that the two have broken up.

What a tangled web Merlos is managing to weave, even whilst we’re in lockdown. Gotta give him props for that I suppose.

For more of the same, check out this reporter’s husband standing in the shower naked during a video call. So stupid.