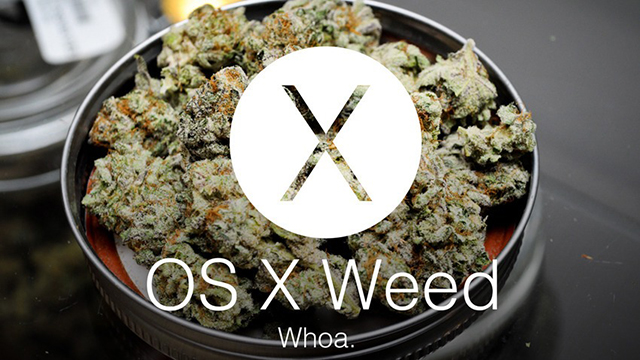 Apple made a joke about naming their new OS ‘OS Weed’ and the internet responded with a flood of memes about it.

Not sure if you noticed (probably not because it’s super boring tech news) but Apple debuted a new OS on Monday at the Worldwide Developer’s Conference. Don’t click off the article yet – it does get better.

The OS was named Yosemite due to Apple’s ties with California, but they tried to crack a joke earlier on in the presentation by saying that they toyed with calling it OS Weed because there’s also a hell of a lot of that going around in California too and it’s obviously something that the residents enjoy.

Obviously the hashtag #OSWeed soon went viral on the internet and Twitter because the internet likes nothing better than when a company does something stupid and they can make fun of it (except maybe cats or Game Of Thrones of course) and people were soon busting out their own memes for the OS, complete with slogans and posters. Here are 10 of the best of them: