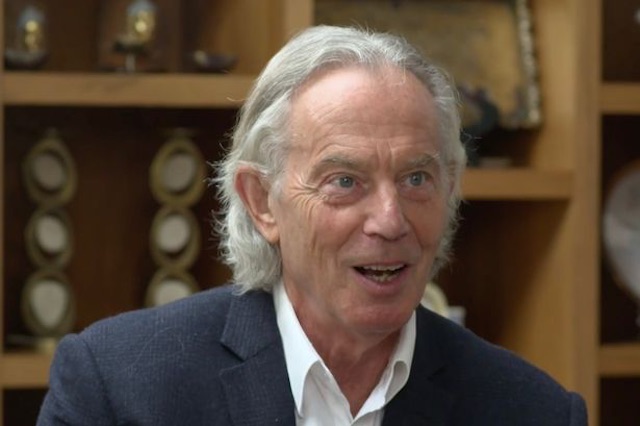 It’s been a while since we’ve heard from Tony Blair and it seems like he’s used his brief time out of the spotlight to come up with a whole new look, as he showed up on ITV last night to discuss a potential Scottish Independence Referendum with a mullet looking like he was doing an impression of the original Dr Who William Hartnell.

Of course, Twitter decided to go absolutely wild about the way that he looked and there were some true A+ memes that came out of it. That obviously meant that everyone largely ignored the issue that he appeared on TV to talk about – what was it again? – but does anyone even really care when the vibe is as funny as this:

Been trying to think all day of who Tony Blair’s new look reminded me of and then…oh dear… pic.twitter.com/dV23VkVCSi

When there’s something strange
In the neighbour
Who ya gonna call…?#TonyBlair pic.twitter.com/JwJy1B4IYm

I understand this last year and lockdown has been difficult and many of us have changed. But Tony Blair changing into David Icke must surely be the strangest change of all! pic.twitter.com/h7GhkVJvJz

Tony Blair has started to resemble the Crypt Keeper from Tales of the Crypt pic.twitter.com/nlQD5iIZaq

Tony Blair looks like your old art teacher that used to run all the cross-community outings with Protestant schools and is now married to a girl from your class pic.twitter.com/7dRMioxS93

Wow. Just so many A+ takes on his look there but I think my absolute favourite has to be the one about the Africa Cup Of Nations because it was always old guys like that managing the teams and you always wondered just what the fuck they were doing in Cameroon or wherever the hell it was. Top marks from that man.

For more of the same time, check out when Blair released this awkward Christmas card and was universally trolled on Twitter. Those were the days.