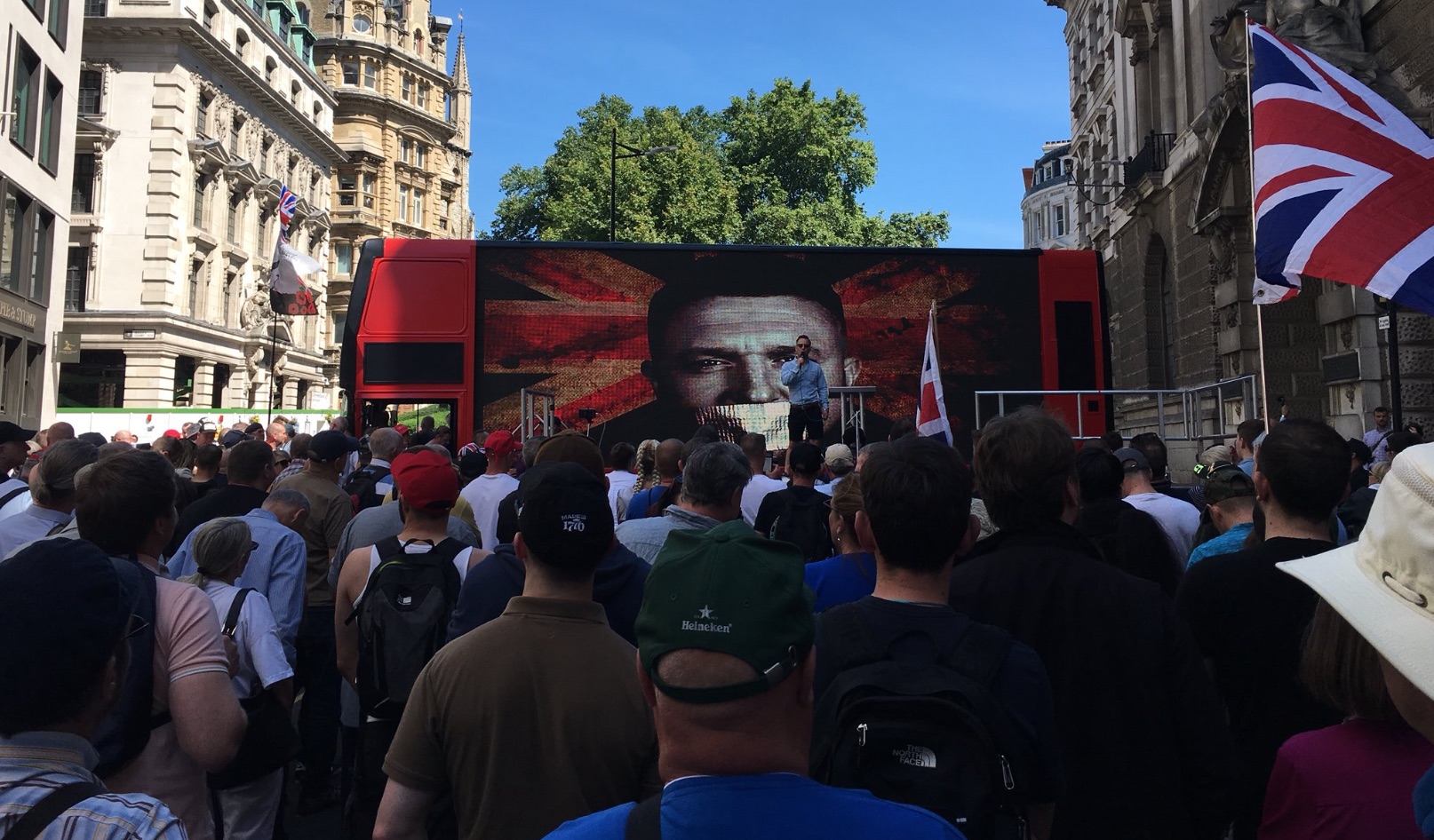 Tommy Robinson will not be silenced.

Tommy Robinson has appeared in court today again regarding allegations that he operated in contempt of court back in May 2018 when he livestreamed himself outside a courthouse in Leeds.He was initially jailed for 13 months for the offence, but was released on appeal but is now back in the dock after a judge ruled that there were ‘strong grounds’ to pursue a case against him.

Obviously Tommy Robinson supporters were going to be out in mass to support him during this troubled time and they didn’t disappoint as a whole bunch of them showed up outside the Old Bailey and blocked the road with a double decker bus as he made his way into court. The bus was then transformed into a makeshift screen with a picture of Robinson gagged appearing on it, clearly symbolising how the government is trying to silence him and not let him spread the truth. Deep.

This is at the Old Bailey – but apparently Tommy Robinson is being silenced – hahahaha 🙄#TommyRobinson
pic.twitter.com/HentXZTfZB

The whole problem with all this though is that the reason that Robinson is being called out about his behaviour is because he was broadcasting video of the defendants in the trial over the internet which specifically had a contempt of court order meant that the footage could potentially influence members of the jury as they hear evidence regarding them. He was more than welcome to do his little story about them after they were pronounced guilty or innocent, but doing it beforehand is literally illegal and had loads of warnings against it plaster all over the courthouse, which is literally why nobody else was doing it and why he’s getting so much shit for it.

Nobody seems to really understand that part of all this and are just rabbiting on about people trying to shut Tommy down, but what I’m saying there makes sense right doesn’t it?

Anyway, the trial is set to last two days and I imagine people will be protesting whether Tommy wins or loses. Stay tuned to find out what happens.

For more Tommy Robinson, check him out calling himself the King Of Islam and bragging about doing drugs in a video. What a superstar.