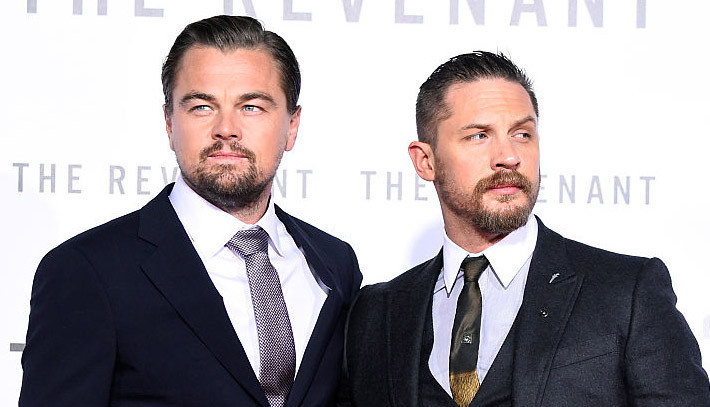 Celebrities love to make stupid bets with one another so perhaps it’s no surprise that Tom Hardy and Leonardo DiCaprio bro’ed down during the shooting of The Revenant and made one of the dumbest bets of all time. Well, in Hardy’s case at least.

Hardy revealed last year that during the shoot, Leo was so stoked on Hardy’s acting that he bet him that he would receive a Best Supporting Actor nomination for the role. Tom thought that was completely unrealistic though and was so confident of this that he bet him a tattoo on his body of Leo’s choosing.

I think Leo had to do the same if Hardy lost, but that doesn’t really matter as we all know that Hardy received a nomination. In his own words though, he put off getting the tattoo for a long time though because it sucked as Leo demanded that it simply said ‘Leo Knows Best’.

It seems Hardy does keep to his promises as one eagle eyed fan spotted the new ink on his bicep after a recent selfie with photographer Andrew Calisterio appeared on Instagram:

Posted by Tom Hardy, My Obsession on Sunday, 28 January 2018

Yep there it is. I suppose it doesn’t look THAT bad in that font in the middle of a bunch of other tattoos and at least it’s got a good story behind it, but it’s still a bit embarrassing for the guy.

Although having to get a tattoo because you lost a bet with Leonardo DiCaprio over whether you would get an Oscar nomination or not is hardly the worst reason to have a crappy tattoo is it? Beats ‘I got drunk with my mate in Benidorm and thought it would be a good idea’ doesn’t it?

For more of the same, check out what Leonardo DiCaprio did to get his role in Baz Luhrmann’s Romeo And Juliet. Pretty out there.