I think it’s fairly common knowledge that Tom Hanks has a son who can’t really be described as anything but a complete and utter wigga, yet people are still calling him out for doing stuff to perpetuate this fake image that he’s cultivated for himself.

The latest incident involves Chet – who sometimes go by the rapper name Chet Haze – being interviewed at the Golden Globes over the weekend where he talked in a fake Jamaican accent. Obviously people are going to be slightly annoyed at this, so Chet decided to take to his Instagram to explain and justify it, bizarrely comparing his attempt at an accent to black people taking up snowboarding.

HOLD UP WAIT A MINUTE… YALL THOUGHT I WAS FINISHED?!?!???? (#MeekMill voice) U KNOW WTF GOIN ON… AND IF YOU DONT JUST ASK #GEAZY HE KNOW WAH A GWAN WIT DEM GYAL… AND TO ALL YOU LAMES STILL BITCHIN ABOUT APPROPRIATION PREE DIS… YALL CAN “APPROPRIATE” DEEZ NUTZ LMAOOOO

People are saying snowboarding is a terrible example because you can’t compare a sport to people’s hair.

I’m saying it’s a reflection for a community which is predominantly white. This is the other response I’ve been seeing is people saying, white people have no culture.

Not saying that it has to be that way or should be, but that’s just for the most part what it is.

If a white person gets into hip hop and they start getting braids and gold teeth, some people call that appropriation.

But if a black person puts on a cowboy hat and gets into country music, there’s nothing wrong with that. Why would anybody have a problem with that?

Why does it have to be all about stealing? Why do you have to look at it like a white person who’s wearing braids and gold teeth is trying to manipulate and steal from black culture?

Why can’t it just be that he loves black culture and that’s just what speaks to him.

Isn’t it just as easy to look at it from the other perspective, which is just people like what they like, they love what they love, and nobody should have a problem with that.

Why are we so quick to be angry and tense over the blurring of racial communities, instead of just being welcoming towards it? 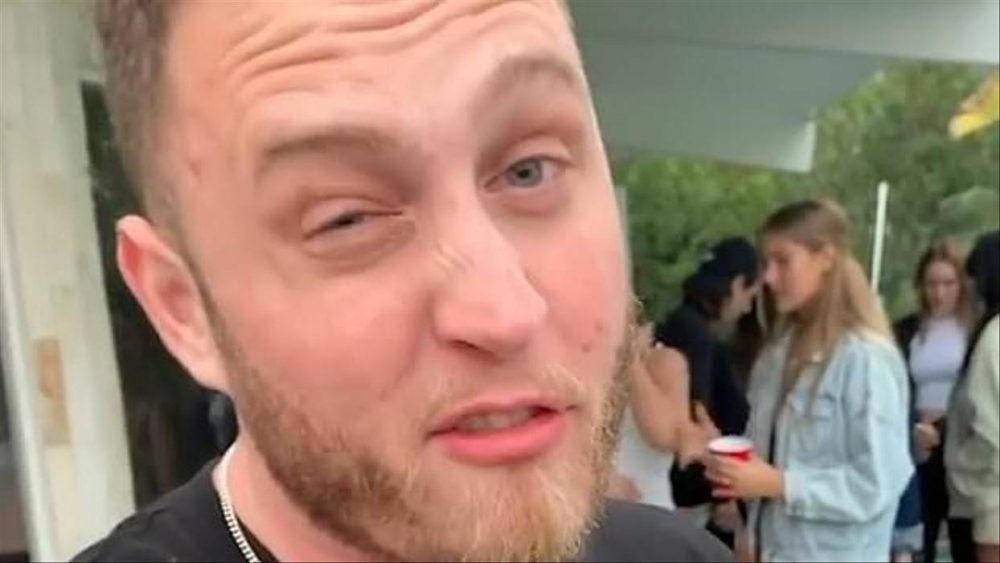 I mean about the whole part about snowboarding there was completely and utterly stupid and kinda made me think that he was well and truly blazed, but then he kinda got it back with the second half of his rant. Kinda like when you’re smoking weed with someone and they start telling a really boring story that doesn’t make any sense and isn’t going anywhere and then finally make their point when they could have probably done it in one sentence.

I got pretty much no doubt in my head that Chet Haze was high when he filmed that video and that’s the reason for his dumb snowboarding analogy right there. Hopefully his next explanation video will be a little more coherent, but to be fair to the guy everyone probably should stop ripping him and just leave him to it. Doesn’t look like he’s gonna stop any time soon.

For more of the same, check him out speaking Jamaican Patois at a pool party recently. Come on man.