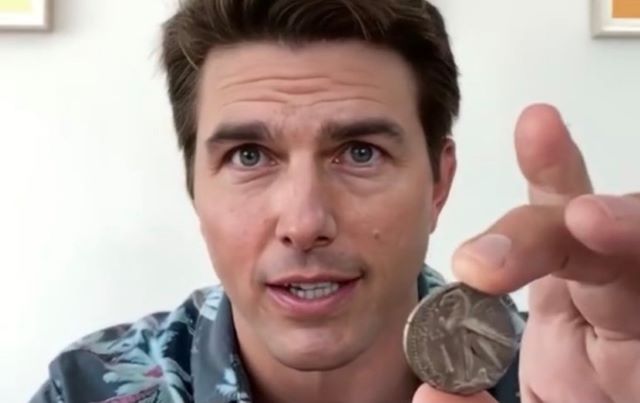 The @deeptomcruise TikTok account has only been around for a week, but has already racked up 344k followers and over 1M likes from 3 videos, and you’re about to see why.

Someone has basically used Deepfake technology (which we’ve written about previously) to form an almost exact simulation of Tom Cruise, and show that they can basically have him do and say anything on camera, using this technology. It’s actually unbelievable to witness:

Deep fakes are getting scary good and taking over TikTok. Every public figure should just be on there with a verified account – even if they don’t want to make content – to make it easier to identify their fakes. Here’s Tom Cruise: pic.twitter.com/xoSJt1bvVR

If you didn’t already know this was a Deepfake, how could you tell whether that was flesh and blood Tom Cruise or a simulation of him? Maybe with intense examination, you could figure it out. But to the casual observer… that’s Tom Cruise!

As cool as the technology is, it’s quite alarming to imagine where it could take us once Deepfake technology is inevitably available for all to use. I mean it’s only a matter of time before you can download this tech in the App store and apply it to anyone you want, right? You could make literally anyone do or say whatever you want and no one will be able to tell whether it’s a reality or fake. Bodes well for the future of #fakenews huh? Jesus Christ.

Here’s the crazy thing about this Tom Cruise deepfake….

This isn’t even a super high quality deepfake and I’m willing to bet that it could fool most people.

Now imagine the quality of deepfake a government agency could produce.https://t.co/wMFMarEtAi pic.twitter.com/CjTxnNv2XI

Not sure I’ve ever seen anything so simultaneously cool, creepy and surreal. I mean if someone can make a fake video of Tom Cruise doing magic tricks and convince us all it’s the real thing, then there’s no limit to what we can do with this technology. It will come to where real videos are called lies and fake videos are called the truth. Though at least we’ll now be able to tell our lawyers to throw out any “video evidence” of our crimes. Gotta take the pros with the cons in this new world that’s coming our way.

For more shockingly realitisc Deepfakes, get a load of Keanu Reeves as ‘Scarface’. Will we even need actors to show up to work anymore?