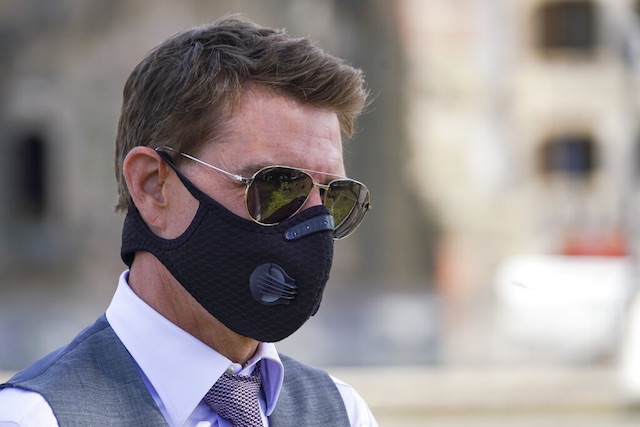 I wouldn’t really have expected Tom Cruise to have been a guy who was too bothered about following rules – I mean why would he be? He’s pretty much the most famous man in the world and probably one of the richest too – but it tuns out he’s a major sucker for them if this latest audio is anything to be believed.

The clip was obtained by ‘The Sun’ and comes from the set of ‘Mission Impossible 7’ in the UK and is pretty tense, with Cruise calling out specific members of the crew and telling one of them that he’s going to lose other people their jobs if he keeps acting the way that he has been. Take a listen below and see what you think:

“You can tell it [your apologies] to the people who are losing their fucking homes because our industry is shut down.”pic.twitter.com/h52i180cvQ

We are the gold standard. They’re back there in Hollywood making movies right now because of us. Because they believe in us and what we’re doing. I’m on the phone with every fucking studio at night, insurance companies, producers and they’re looking at us and using us to make their movies. We are creating thousands of jobs, you motherfuckers. I don’t ever want to see it again. Ever!

You can tell it to the people who are losing their fucking homes because our industry is shut down. It’s not going to put food on their table or pay for their college education. That’s what I sleep with every night – the future of this fucking industry!

Geez Tom, take a chill pill. Whilst I can appreciate he might feel that responsibility, there’s no real need to take it out here on random crew members especially when you find out that they weren’t even doing anything that crazy like not wearing masks or having a massive after party – they were apparently only standing slightly too close to one another whilst watching a replay on a monitor.

With that in mind, it seems like a bit of an overreaction from Cruise, but I suppose it’s also good to know that he’s out there respecting and enforcing the rules when a lot of celebrities and people in positions in power don’t seem to care at all. Wouldn’t surprise me if he leaked it himself to try and look good in the eyes of society in the run up to Christmas. Come to think of it, it kinda sounds like a monologue he might say in one of his movies – maybe it was all pre-prepared and he just came out and let rip? If it gets people following the rules and this whole thing over quicker then I’ve gotta say I’m all for it.

For more of the same, check out this story about Thandie Newton being scared of Tom Cruise because he was so stressed he grew a zit on his nose. Maybe this is real then?