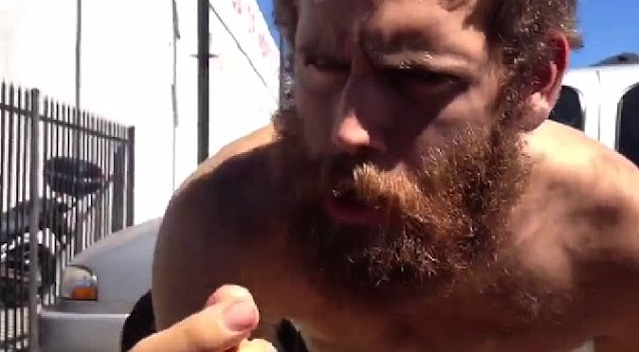 It probably helps when you’re homeless to have some kind of special skill to entice passersby to give you money – this guy’s skill is Breaking Bad impressions.

When you’re down on your luck, it probably helps to have some kind of special skill – like juggling or something – to help try and convince people to give you money, rather than just sitting there looking grumpy with a sign. This one guy’s special skill is doing impressions of people and in particular people from Breaking Bad.

â˜› More Juggling: Could You Solve A Rubik’s Cube Whilst Juggling?

He pretty much nailed those huh? It might strike you as kind of weird that a homeless guy would be that up to date with a TV show that’s airing currently (seemed like he watched all the way up to last week’s episode) and well, you would be right. It turns out that for some reason an actor called Miles Allen thought it would be a good idea to film it as a skit and put it online and see how it went down.

He said that if it had got 1000 views then he would have deemed it a success and it’s currently got almost 600K so it looks like it went down pretty well. I’m not sure what Miles Allen is going to get get out of this – except maybe a job if they ever decide to do Breaking Bad: The Animated Series – but at least everyone knows how good he is at impressions now.