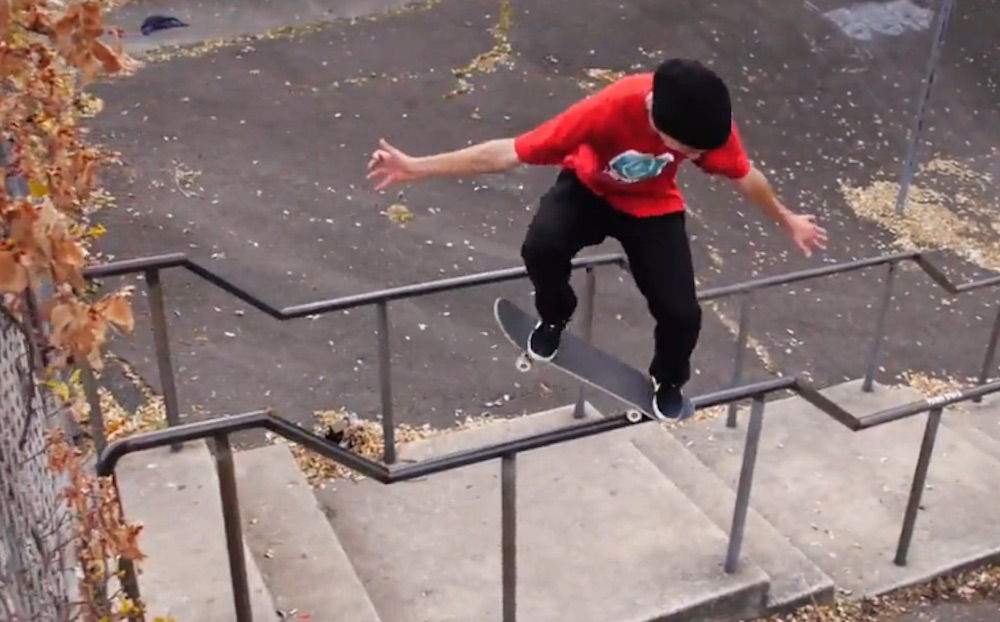 This is only going to be online for 48 hours so make sure you watch it right now.

Tom Asta has had a hard few years. After bursting onto the scene in 2009 as Chris Cole’s protege in Zero’s ‘Strange World’, he dropped off the scene recently when he found himself in sponsorship limbo following the demise of Black Box distribution.

That didn’t mean Asta wasn’t still perfecting his art though, and with a new deal at Santa Cruz swiftly under his belt, he’s released this absolutely shredding part form LRG’s 1947 video. He’s reinvented himself too with a more technical style of skateboarding, as he’s now popping a lot more technical lines rather than just hucking huge gaps and rails.

It’s a lot cleaner and even though there are some completely dope lines at the start of the video, just wait until the end when you’ll see some things that you didn’t even think were possible:

Gnarly huh? If he keeps that up it won’t be long until Tom Asta is a household name, or at least appearing on the new Tony Hawk’s game.

Although given how terrible the last version of that turned out to be, maybe he wouldn’t even want to be involved with it.