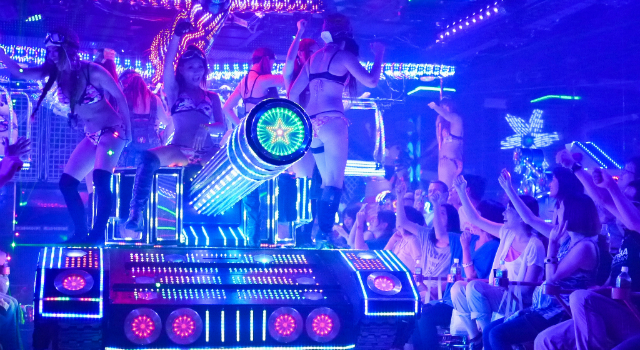 Anyone who lives in Tokyo and hasn’t seen the garish yellow Hummer pulling round two huge tittied lady robots this year is a damned fool. I first saw them around the start of the year and always meant to go. After walking into a giant mecha T-rex and one of Daft Punk one night outside their establishment in Kabuki-cho [Tokyo’s most fun Red Light district], I decided it was time to venture in.

Thus chums in hand we arrived at the fantastically un-indulgently named ROBOT RESTAURANT. It isn’t as you might expect; a place for robots to go get themselves some ‘eats’ but, a place where you get to eat and watch heart cripplingly fine bikini j-babes fight [on your behalf] for the survival of the human race against evil gay terminators. No amount of games of ‘Extreme Roying‘ in your local Weatherspoons can beat that. 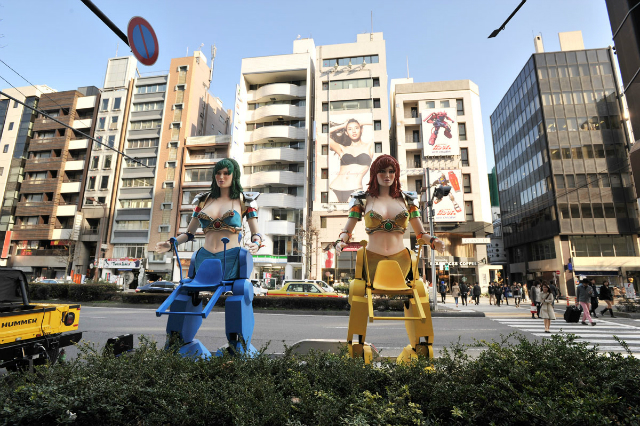 The show basically consists of complete madness. I was unable to follow any sort of plot [apparently there is one though]. I think if you really concentrate there could be an epiphany or two in there but sadly my sizzled head chose not to accept anything. My mush was happy with the neon orgasm taking place before me.

Imagine if you will; one of the chaps from Daft Punk watched Tron and followed it up with an entrÃ©e of Russ Meirs’ Vixens while a strobe is fired into his face and he snorts a bus load of MDMA mixed with Viagra… this is that wet dream. There’s more worrying flashing flights than a Japanese Nuclear Power Station.

The show starts off  fairly normally with a military procession complete with Taiko Drumming: 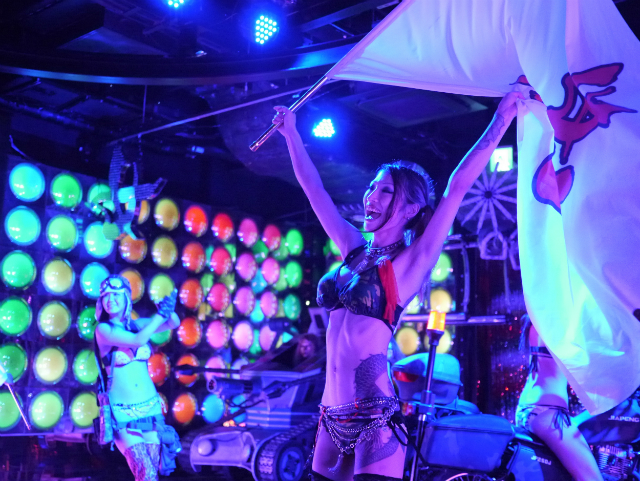 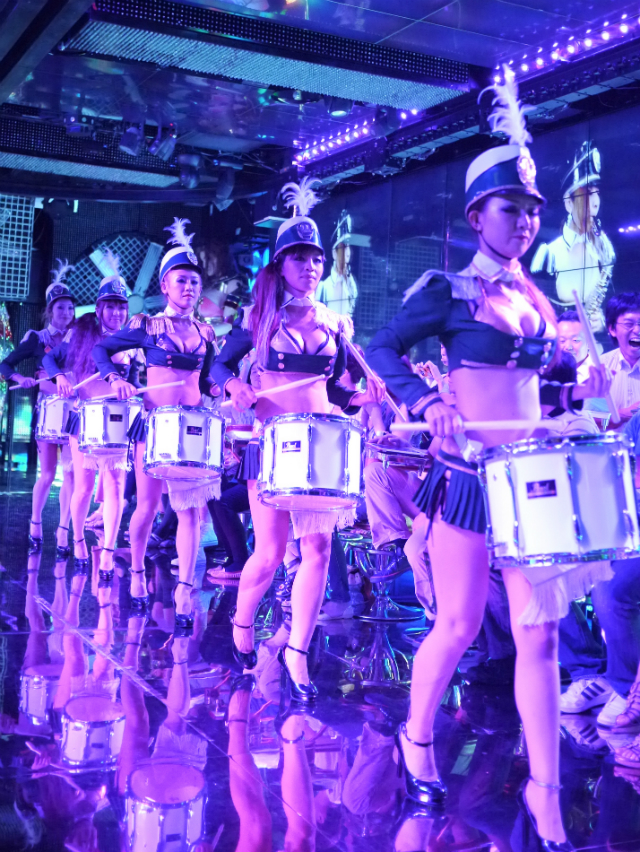 Then things get screwy..

â˜› Check This Out Next: The Surreal Photography Of Tokyo’s Levitating Girl