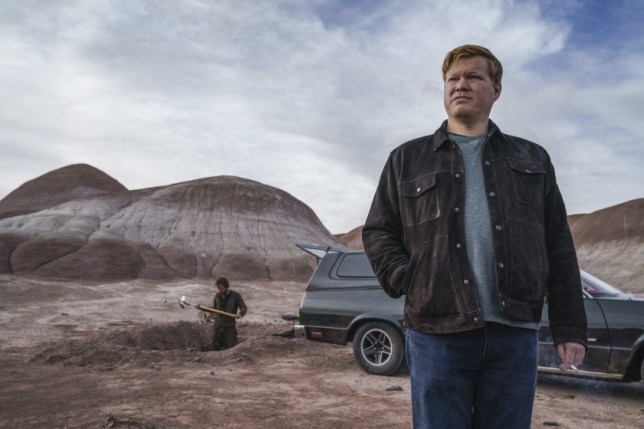 Todd is one of numerous characters who was brought back for El Camino, but considering he was only in Season 5 of Breaking Bad and didn’t have that big a role, it was surprising that he got so much screen time in the movie.

Speaking to Entertainment Weekly, writer and director Vince Gilligan revealed that the lack of Todd in the original series was the main reason why he had such a big role in El Camino:

We did talk a lot about Todd in the writers’ room.

We were fascinated by his character and for my taste, we did not get enough Todd in Breaking Bad. I have to add that as a reason why I really was interested in doing this movie.

He’s just a fascinating character. He’s the most weirdly likeable sociopath that I’ve ever seen.

And the way Jesse Plemons plays him is so matter of fact and so perfect, that if I had any regrets at all at the end of Breaking Bad – and they were few and far between – but one I might’ve given voice to at the time was, “Man, I wish we’d seen a little more Todd, because this guy fascinates me.” And luckily we were able to do that with this movie.

I’m glad they went that direction because this guy really is the best thing about every TV show he’s on. Remember when he was that weirdo in the Black Mirror episode who trapped all his work colleagues in a video game? He was excellent in season 2 of Fargo as well.

Looks like he’s just really damn good at playing a nonchalant sociopath. The way he goes about his day in El Camino without a care in the world after murdering his cleaning lady and rolling up her body in a rug is just laugh out loud funny.

He’s also starring in the Irishman alongside Robert De Niro and Al Pacino – watch the trailer HERE. Can’t wait for that one.