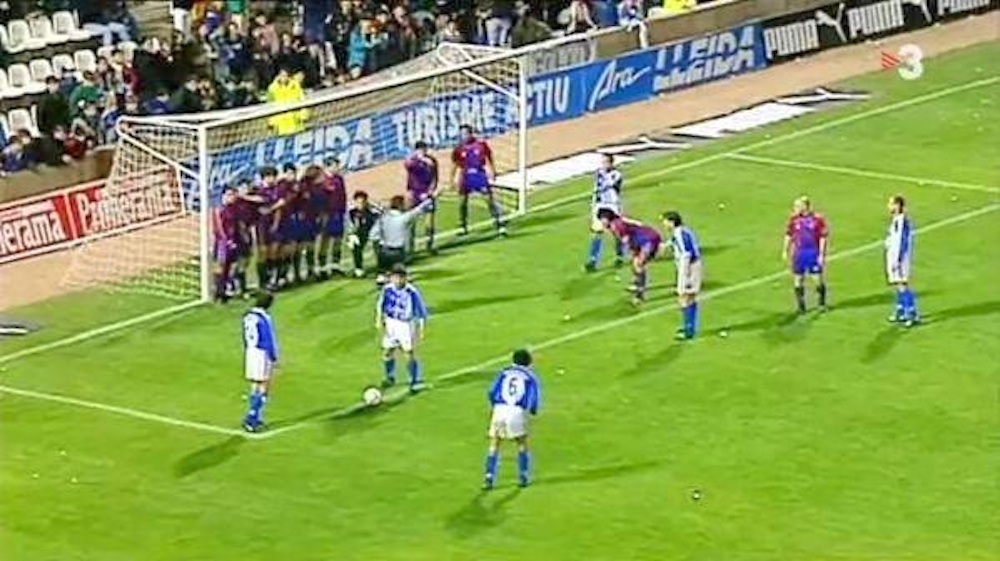 How the hell is he going to get that in from there?

The late Tito Villanova is more often than not associated with Barcelona due to his recent stint as their manager before his death, but during his playing career he actually hopped around a lot of Spanish clubs and actually ended up netting this incredible free kick against Barcelona when he played for UniÃ³ Esportiva Lleida.

Lleida were awarded an indirect kick in the six yard box and although everyone always thinks that’s a good chance it very rarely is because most teams defend it like Barcelona have here, by putting every single player on the line. Unphased by this, Tito simply decided to smash the ball as hard and as high as he could, cracking it in off the crossbar in pretty much the only place he could put it to actually score a goal. Outstanding.

No sound unfortunately which is a bit of a bummer but the quality of the strike really is vastly superior. If you liked that, check out this free kick featuring five dummies too.