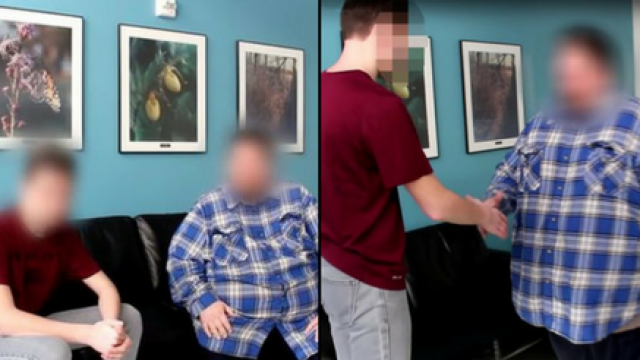 More and more of this stupid videos were people claim to be time travellers seem to showing up all over the internet these days, and even though they’re completely ridiculous and obviously fake they’re still worth sharing because they’re pure lolz.

Watch the video below and take a look at what you think:

I mean that’s gotta be the least convincing things I’ve ever seen. For a start the guys don’t even look like each other and certainly doesn’t look 40 years older than the original Noah. And why has he got so fat? And why doesn’t he look older?

The whole thing is just complete and utter bollocks – especially the convenient line about the microchips implanted in them that don’t let either of them share evidence of their true existence as it will ’cause a disturbance in the sequence of events’. Sure, we’re all totally believing you on that one guys. Keep churning out the videos.

For more of the same, check out Noah passing a lie detector test that 100% proves he’s from the future. Sure.