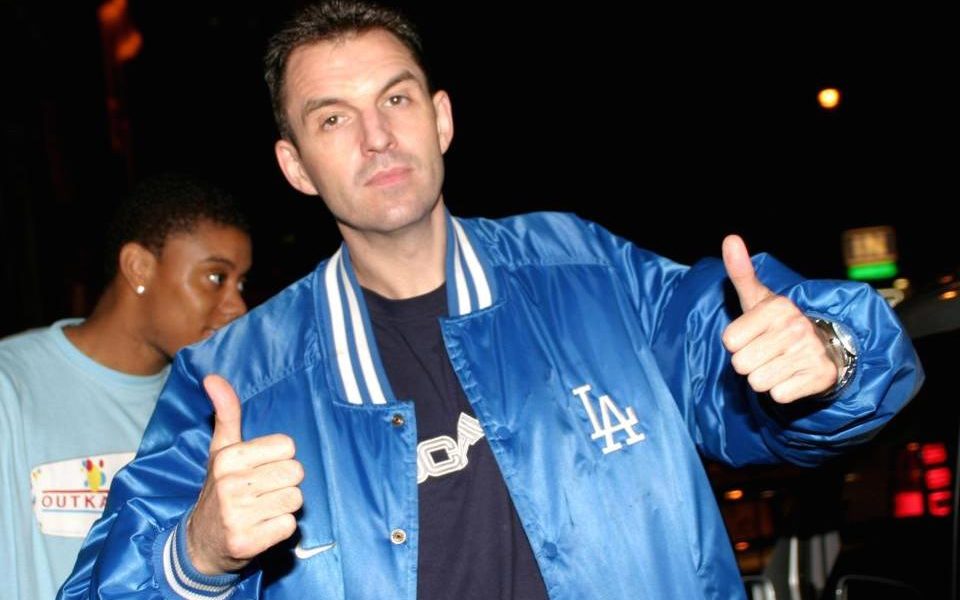 If you were a fan of hip hop and R&B growing up in the UK in the early 00s, you were probably tuning in to Westwood Radio 1 to get exclusive listens of all the American rap tunes that had yet to make it over to the UK. The Westwood compilation CDs were also massive back then too.

Fast forward to the present day and 62-year-old Westwood is still on the radio but also touring unis and putting on gigs during Freshers Week and through the year. The other day his name started trending on Twitter, and it turned out that people were discussing how The Big Dawg still likes to hook up with 18-year-old uni students:

I’ll never forget Westwood entering my kitchen at uni after banging my flatmate. Disturbing my morning cereal with his face

He did the same here, saw his face in my flat one too many times might as well have paid rent.

One day there will be a docu called ‘Surviving Tim Westwood’.

Uno! I’m 37 now & I remember him so clearly chatting up my mate at uni in 2001 & him giving us a lift home with his posh twat REAL accent before she met him for a date a week later & was genuinely shocked when he expected sex. She legged it 😂 Following year, he was at it again.

Can’t forget when he came to give me a condom after at the end of night out in Cambridge like a creepy dad..ewww

The same Tim Westwood that was shouting “make some noise if your pussy is tight” at students events?

Why are we suprised?

I remember meeting Westwood with my 18 yo friends at a Scottish freshers in 2004. He was being creepy with us and kept making moves on my Asian friend. She was having none of it. So gross that he’s still preying on uni girls 16 years later.

I remember I went to a Tim Westwood rave and us girls were lining up to give him a hug. I was 16 looool Jesus the man is SICK

Nah I knew since 60yo Tim Westwood doing this he was off man pic.twitter.com/gr7e7gfPpS

I tossed him off once, can I sit in the middle of the room to think about it?

A couple of my friends reading this pic.twitter.com/JQTEDeCt3b

Tim Westwood is trending and I would like to remind everyone that he is a repulsive man who came to my uni in freshers week and shouted vulgar, sexist comments aimed at women in the crowd who were mostly first year students. Absolutely gross 😒

Tim Westwood shows up at your uni house looking like this, wyd? pic.twitter.com/qWNRA4ifzS

I remember one morning we saw him leaving the flat next door, bare in mind the flat tenants were 4 first year girls at the time… 😩😩😩

My favourite part of Tim Westwood’s wikipedia page “In 2000, at the age of 43, Westwood insisted to a Guardian journalist that he was aged 27.”

Yeah always been a creep pic.twitter.com/lefPD3jBcm

There’s loads more stuff going around on Twitter but you get the gist of it. On one hand it’s definitely weird and creepy that a man in his 60s has been using his celebrity status to have sex with 18 – 23 year old uni students through his 30s, 40s and 50s. But on the other hand, he hasn’t done anything illegal, right? Clearly the 18 – 23 year old female student demographic is gagging for 60-year-old white British hip hop DJs who think they’re black. They’re also old enough to make their own decisions. So, legally – the Big Dawg is in the clear!

Still, that isn’t stopping a whole bunch of people throwing abuse at him over social media and calling him a nonce and a paedo. Not technically true but you can appreciate the sentiment. Would these people have same energy towards Leo DiCaprio, George Clooney, Idris Elba, Brad Pitt or other 40+ celebrities shagging girls way younger than them?

For the time Westwood accidentally shared his credit card details on Snapchat (while trying to show off to some girl he was taking on a date), click HERE.