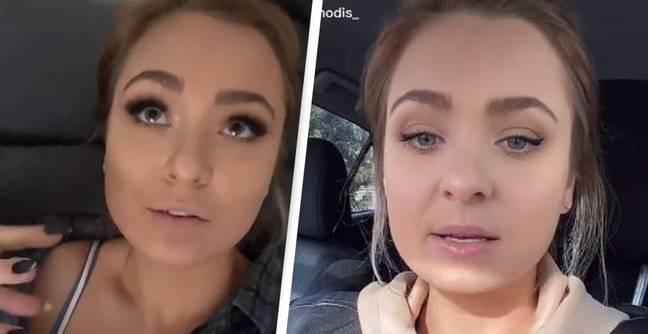 I’ve often questioned the point of TikTok in these pages, but it now seems to be the gift that keeps on giving when users are releasing ridiculous content like this, where a woman shares the traumatising moment where she found out that her older sister was actually her mum. Lol. As in ‘lol why’s she sharing that?’, not as in ‘lol that’s really funny’.

Anyway, the woman is named Karol Lu and she shocked users by explaining to them that when she was 16 years old she discovered that her older sister – who was 16 years older than her as well – was actually her mother. There was actually a fairly good reason for this as Karol grew up in Poland in the 90s where society was deeply conservative and religious, so the parents decided to act this way in order to protect their daughter. She eventually found out when her mother’s now ex boyfriend called her up in the middle of the night to spill the beans.

There’s actually a whole series of these TikToks with a bunch of revelations in each one, so I’d recommend that you took some time and had a listen to them – although for some reason she’s made her account private so I can’t embed them here, except for the initial one.

That’s such a bonkers story isn’t it? Imagine that you found out that your sister was actually your mother 16 years into your life. I guess it makes sense due to Polish society at the time, but even so it would be a major headfuck wouldn’t it?

In case she doesn’t accept your friendship or if you don’t have a TikTok account, the other posts were basically her explaining the situation in Poland at the time and then revealing that she knew the truth to her mother a a few weeks after finding out herself. She said the family didn’t talk about it much any more but it hadn’t affected their relationships too much. Mental.

There is also another fun video where she talks about how she missed a bunch of glaring clues when she was growing up that should have made it easier for her to figure out. A couple of funny stories in that one as well, so it’s definitely worth your time.

For more of the same, check out this one about a girl finding out who her real father is. Why the hell are people sharing this stuff on the internet?