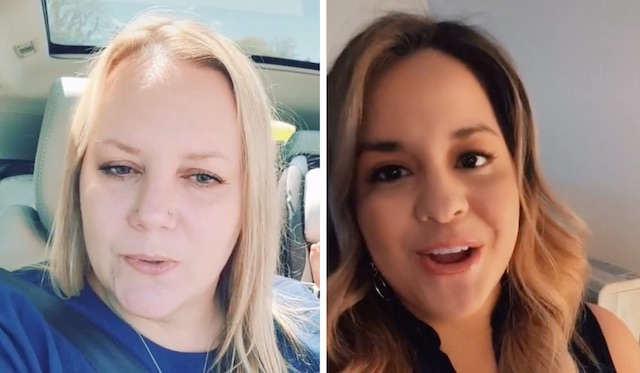 One hell of a story.

I often rag on TikTok for being completely and utterly useless/stupid, but every now and again you do see some gold on the platform and this is another one of those moments after a woman decided to reveal a really long and crazy story about how her husband was cheating on her.

OK so there are 21 parts to this and I can obviously understand why you might not want to watch them all, but let me tell you that it is worth it because it sounds like this woman was married to a complete and utter psychopath. Not only did he somehow manage to have two children and start a family with another woman whilst he was married to her, but he then hit her up seven years after their divorce to say that he was wrong and had changed and wanted her back whilst STILL married to said woman and in a relationship with another one. How do these people find the time/how do other people manage to believe anything they’re saying?

@aaddison01Part 12…. more BS in his favor. But…. the tables are gonna turn soon. ##cheater ##divorce ##cheatersneverwin

What an epic story. Good to see that this woman is now thriving and happy having been married again for eight years now, but I really do have to ask again how people like the guy in her story even exist? Why would you want to have two or three families and literally how do you find the time to keep them entertained and on your side? How would that even be fun or even slightly enjoyable?

Absolutely ridiculous that anyone would choose to live their life that way and find it pleasurable, but somehow you seem to hear stories about them every now and again. Beyond perplexing.

For more of the same, check out this guy who got caught cheating and pretend his side girl was a sex doll. Charming.