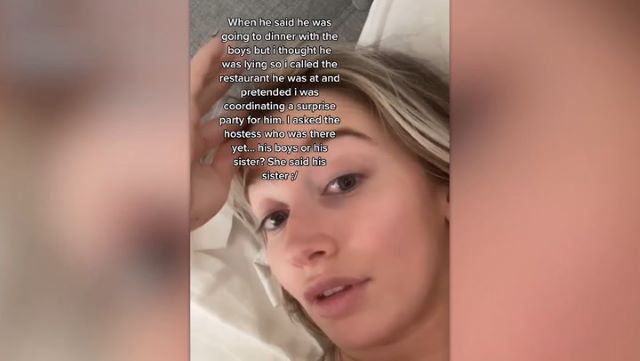 Never underestimate a woman who thinks her boyfriend is cheating on her.

There’s really no underestimating the savviness of a suspicious girlfriend who suspects her boyfriend is cheating on her, and one cunning young lady has provided a prime example of that on TikTok this week.

Felicia Burzotta had a gut feeling that her boyfriend was seeing someone behind her back, and managed to trick restaurant staff into doing the work for her:

Wow. Just incredible shrewdness, guile and creativity to get the answers she was looking for. And not only did she find out her douchebag boyfriend was cheating on her by tricking a random restaurant hostess into becoming her own personal detective (all while she was hundreds of miles away in New York, no less), she made a whole damn viral video out of it too. Why not eh? It’s 2021 after all.

P.S The Mirror has an inside scoop on the couple’s current relationship status:

Long story short, the couple is no longer together surprisingly, and Felicia says she’s living her best life.

For an incredibly awkward video of a girl confronting her best friend for sleeping with her boyfriend while on live-stream, click HERE. Does this kind of thing ever happen in private any more?