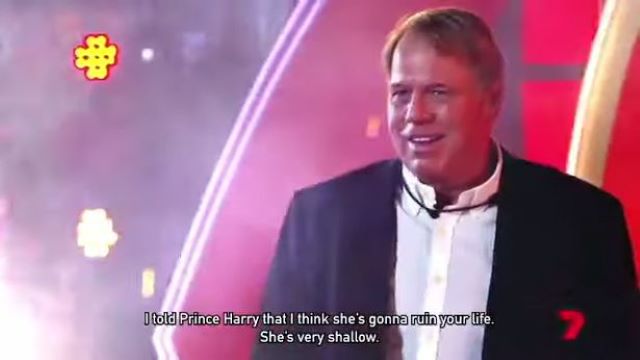 He says he told Harry that Meghan would ruin his life.

It’s kinda ironic that anyone going on ‘Big Brother VIP’ would accuse others of being shallow and opportunistic, but that’s what Meghan Markle’s half-brother has done ahead of his involvement on the show in Sydney, Australia.

Thomas Markle Jr, 55, is seen in a trailer for the show introducing himself and dissing Meghan, even claiming that he told Prince Harry that Meghan would ruin his life.

Welp, this could get interesting. Obviously the only reason this guy has been selected for the show is that producers hope he will talk about Meghan and Harry in the house, which it seems he’s keen enough to do. We also know that Meghan and Harry are ready and willing to sue the shit out of anyone who badmouths them, and so maybe Thomas Jr should watch his mouth in that regard. Could easily get hit with a defamation lawsuit as soon as he finds himself back out in the real world. After all it’s not like the devils who produce this shite have his best interests at heart, is it?

Anyway, if what Thomas Jr says about Meghan is true, then it clearly runs in the family. Who knows, give it a few years and maybe Meghan will be turning up in a Big Brother household too. More chance of that than these two sending Christmas cards to each other, that’s for sure.

Thomas Jr was set to be joined in the Big Brother house by Katie Hopkins – except she was booted out of the country soon after landing. Here’s why. Surprised?