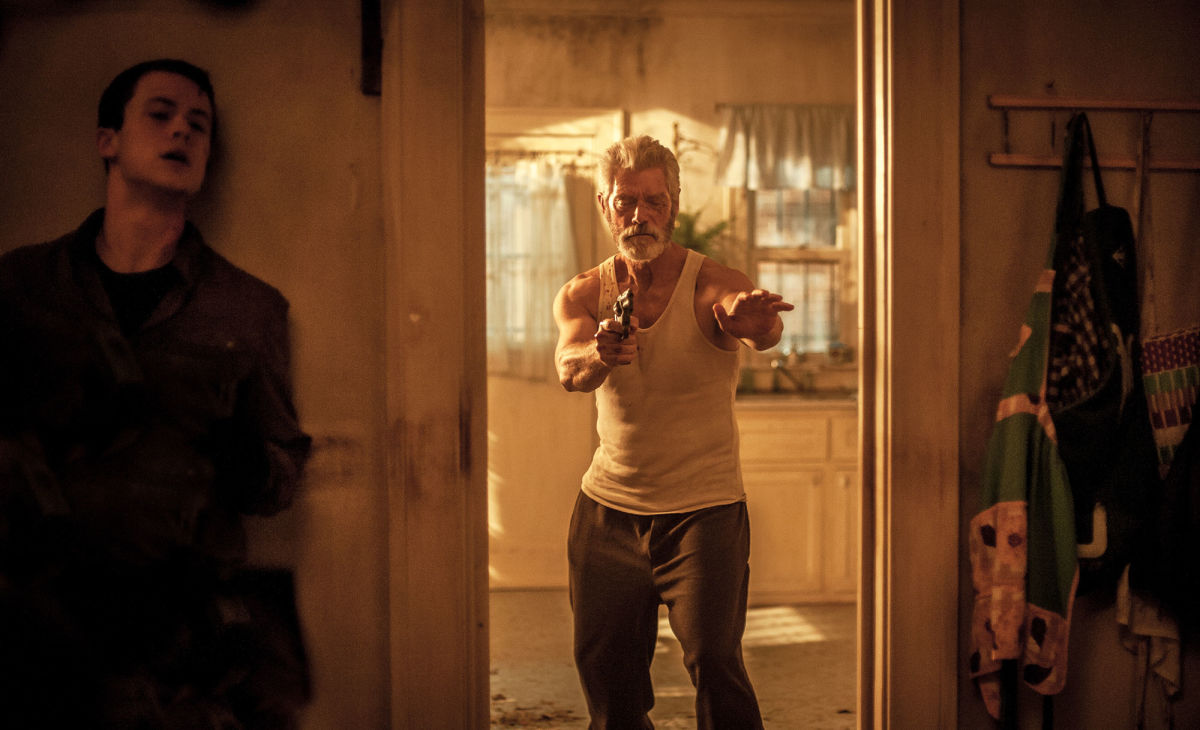 The birth of a franchise.

In a year that has been particularly awesome for horror movies, one really has stood head and tails above the rest in ‘Don’t Breathe’.

Well, that’s because he’s blind, but his other senses are super heightened so he can tell where people are and fight them – he just can’t see. So the gang literally has to creep around the house and try not to breathe in order to avoid him and escape and it’s one of the most tense, gripping and downright scary films I’ve seen in a long time.

SLIGHT SPOILER: it turns out the blind man is a real piece of work too, so it’s not even bad that these kids are robbing him in the first place – he deserves it.

The film was an unexpected hit, earning $152 million in the US off a $10 million budget and you know what that means: the start of a franchise. Director Fede Alvarez said the following:

We just started, but we know exactly where it goes.

But we won’t tell you right now. But there will be more ‘Don’t Breathe’ for sure.

There you have it. I see there being at least four or five more of these movies if the next one is as good (successful) as the first one. It’s just such a unique idea and was executed so well that you know Hollywood is going to ruin it by dragging it out way past its natural conclusion. Think ‘Saw’ all over again, only probably even worse. The second one might be worth checking out though.

For more horror movies, check out ‘Lights Out’, which was also a surprisingly good horror movie released this year. Probably spookier than this but not as scary, if that makes sense.