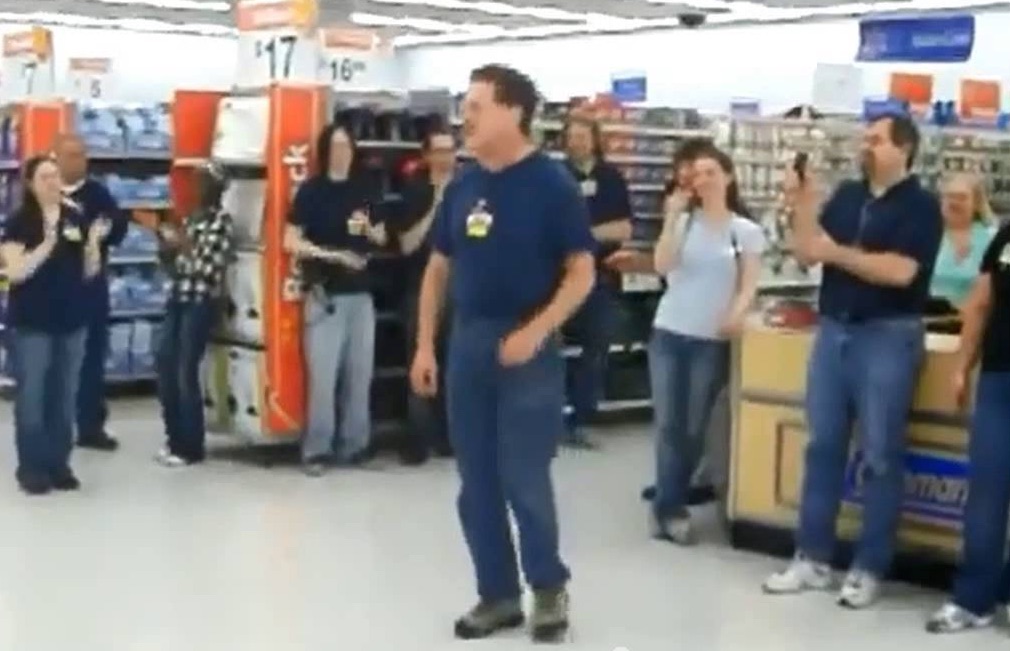 We are, we are WALMART.

Team bonding is an important part of keeping morale high in most workplaces these days, and as such, an inordinate amount of time seems to be spent on a variety of activities designed to bring you and your fellow employees closer together.

Sometimes they work, more often than not they don’t and the video below is a spectacular example of the latter. It was taken a few years ago at a Walmart somewhere in the United States, and features your typical small town manager guy with a moustache trying to rouse all his employees in a rendition of a song called ‘We Are Walmart’, which is sang to the tune of ‘We Will Rock You’.

Yes, it’s as bad and as cringeworthy as you would expect:

Wow. When he starts rapping it’s just something else really isn’t it?

I hope I never have to work in a place like that and it looks like most of the people standing there don’t really seem to want to be there either. I love the guys leaning on the counter who look like they would rather be anywhere but there. Such a great video.

For more Walmart, check out this employee who got caught wanking behind the till on camera. Whoops.