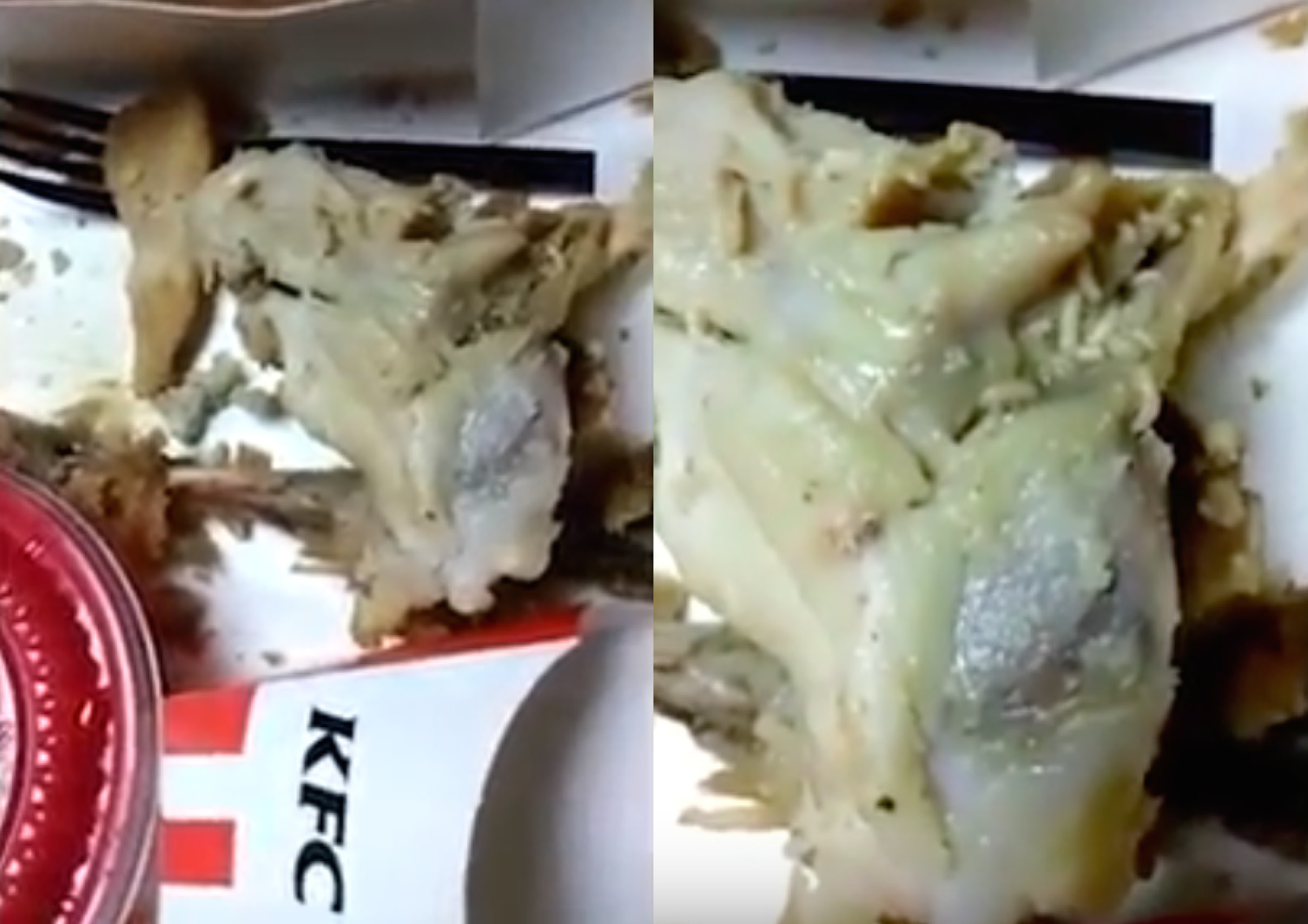 A young boy was rushed to hospital after he ate KFC chicken that was infested with maggots.

The child began vomiting, causing concern for the mother who was forced to take her child to A&E. After inspecting the fried chicken he had been tucking into, she noticed little eggs all over the meat. She decided to hold on to the meal, and sure enough just one day later the eggs all hatched into maggots.

To show the world how horrific their KFC experience had been, the mum decided to take a video of the chicken that was crawling with maggots. Don’t watch if you get squeamish easily because it’s pretty fucking gross:

Mmmm. Bet you can’t wait until your next KFC bucket, am I right?

The video has since gone viral, although KFC is yet to comment. Something tells me she’s going to be getting a hefty payout for this – or at least some KFC vouchers. It’s the least they could do.

To be honest, I don’t know why anyone would feed this trash to their kid anyway. It’s not real food. For more on disgusting fast food, take a look behind the scenes of the UK’s grimiest takeaways.