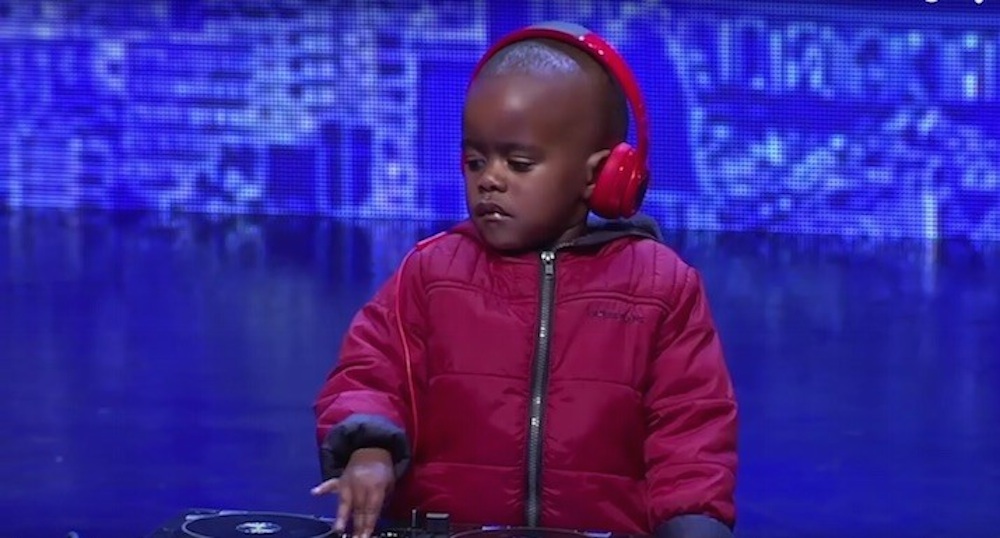 This kid just dropped it like a straight up G.

DJ is an absolute boss. He’s just turned three and he’s all about hitting the big time and that’s why DJ Arch Jr is on South Africa’s Got Talent now and if you’ve heard of him before then you’ll know that he’s almost certainly going to smash it. See how he does in the video below and watch out for his dad standing at the side doing some embarrassing dad dancing.

Smashed it yeah? Well maybe. Maybe he’s just a three year old kid who doesn’t have a fucking clue what he’s doing and this is just proof that any idiot can us Traktor and slap on some effects with the sync button on. Either way, he acts like a true G at the end when he stands there all like ‘and what?’ This kid is going to go a long way, and he’s probably going to start that by winning South Africa’s Go Talent this year. You heard it here first.

It seems like there’s a lot more talent down in South Africa than Lithuania in this version of the show, especially after that knife throwing incident went wrong last year.