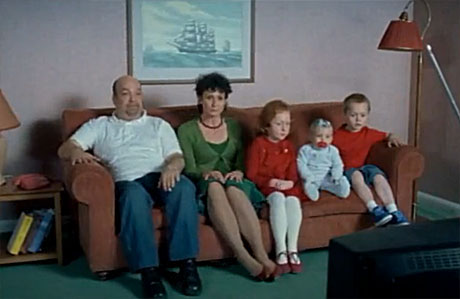 The transition from cartoon to reality is stark.

The Simpsons is one of the most loved cartoons in history and the iconic title sequence is a huge part of that, especially the ever revolving couch gag.

Six years ago, Sky One commissioned advertising agency Devilfish to recreate the title sequence with real life humans for an advert spot and the lost video has re-emerged this week and is nothing short of spectacular. Everything you know and love from that sequence is there, even Bart skating over Homer’s car on the way home. Check it out below:

Jokes. Kinda lame that there wasn’t a couch gag but everything else was there so I’m happy. It looks a lot grimmer in real life though compared with the cartoon – if it didn’t have the fun time Simpsons music on it then you might think that it was the start of a Shane Meadows movie or something. Probably wouldn’t want to live in that version of Springfield, no way.

If you want to check out the actual real life Springfield that the fictional town is based on, click here to see some pictures from it. Uncanny.