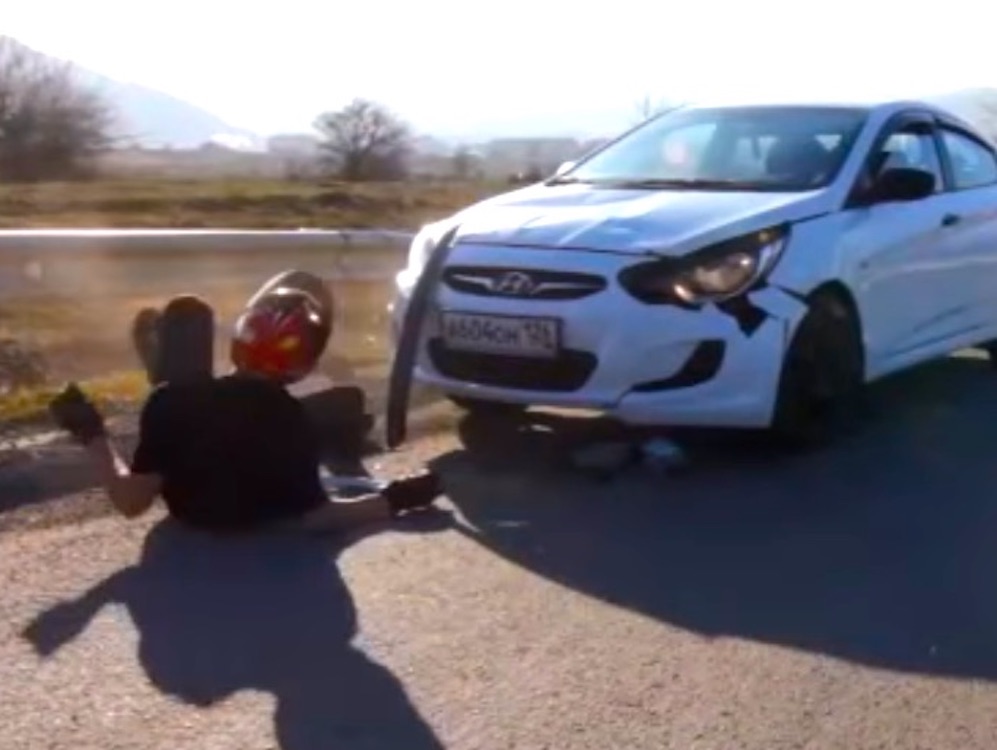 Watch out for those blind corners.

We’ve featured downhill skating a few times on the site and there’s no denying that it’s completely dangerous due to the insane speeds that you manage to pick up on your board, and the fact that if there’s any cars coming the other way and you hit them then you’re going to be absolutely fucked. Hell, even if you just fall off your board because you hit a bump in the road it’s going to massively mess you up, so just be careful if you’re going to get involved with it.

If you need any more evidence of this, then check out the video below. It’s of some Russian dude doing some downhill skating and going around a blind corner at full speed. And yeah, that’s right – he slams full speed into a car coming the other way and it does not look good:

Ouch. I don’t know if that guy’s getting up any time soon – the groans and moans he is making sound absolutely terrible. But in all seriousness you can’t take blind corners like this at those kinds of speeds and not expect to have it catch up with you at some point. At least he was wearing a helmet I suppose.

If that still hasn’t convinced you how extreme and dangerous downhill skating can be, then check out this video where a guy goes so fast that he literally causes sparks to fly up on the road.