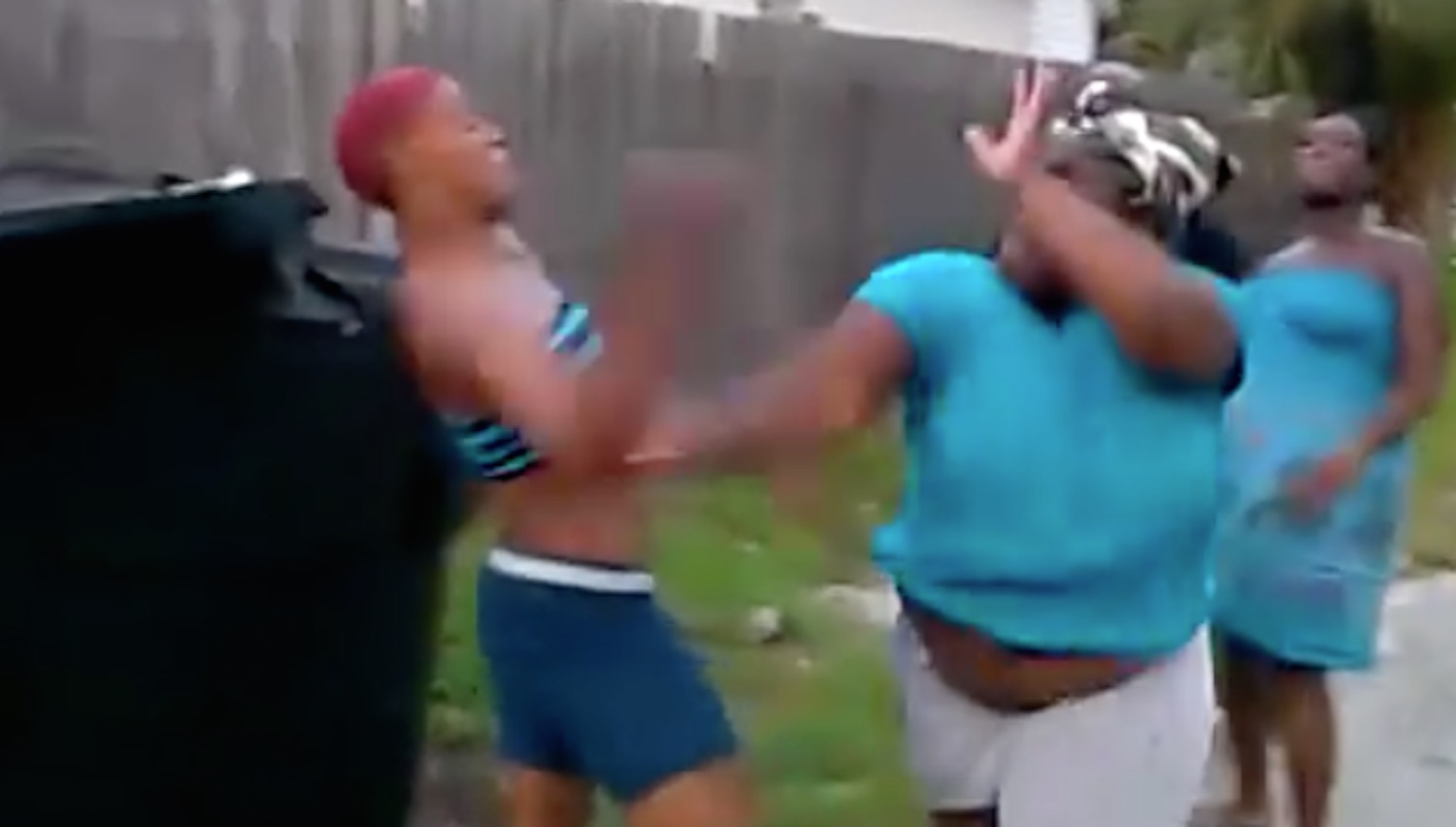 Kicking off in the hood.

I’m sure fights break out in the hood every goddamn day of the week, but the one in the video below is a bit different because it’s a fight breaking out between a transvestite and a fat girl. Ain’t never seen anything like that before.

There isn’t any context or anything, just a straight up fight between these two. Who’s your money on?  (Just a heads up as well, the transvestite gets her top ripped off about halfway through so if you don’t want to see her boobs, then don’t watch the video):

Damn. I hate it that the fight got broken up and there wasn’t a clear winner, but I think the fat chick had it down. From the way they were squaring up before the fight though, I thought the transvestite was going to clean her clock. Shows what I know about fighting I suppose.

For more hood fights, check out these guys rolling around the hood and starting fights, then freaking everyone out by showing their dicks. Lol.