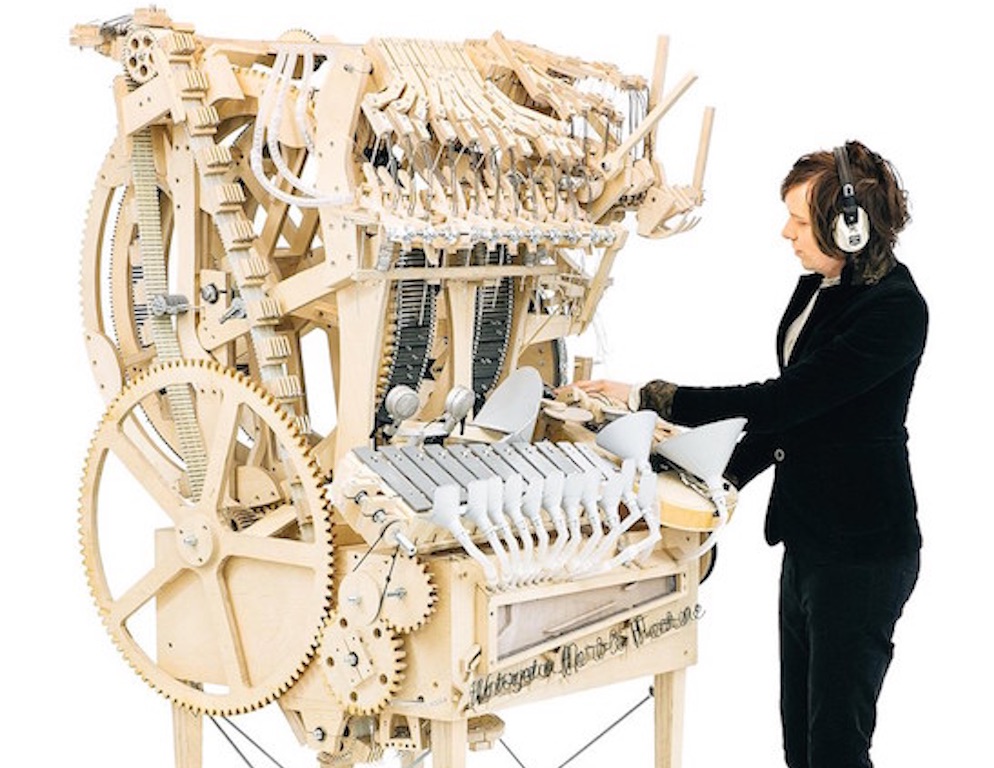 It’s powered by 2000 marbles and sounds like nothing you’ve ever heard before.

Music is a beautiful thing and there are a lot of crazy instruments out there, but the Wintergartan Marble Machine is definitely the most insane thing we have ever seen.

It’s the brainchild of a Swedish designer called Martin Molin and it’s essentially a hand made music box that’s operated by a crank and includes a kick drum, bass, vibraphone and other instruments combining to create sounds that you would have thought were completely impossible when you first looked at it. You really have to watch the video below to understand how it sounds and the complexities of the machine that have been utilised in order to make it possible:

Speechless. I literally can’t believe that guy managed to even come up with an idea to make something like that, let alone actually build it and then become a complete expert in playing it too. I wonder if he’ll be taking it along to raves anytime soon and playing a headline set on it? I would probably pay to go and see that and get a bit wavey to it.

For more of the same, check out this orchestra of musical instruments made out of weapons.