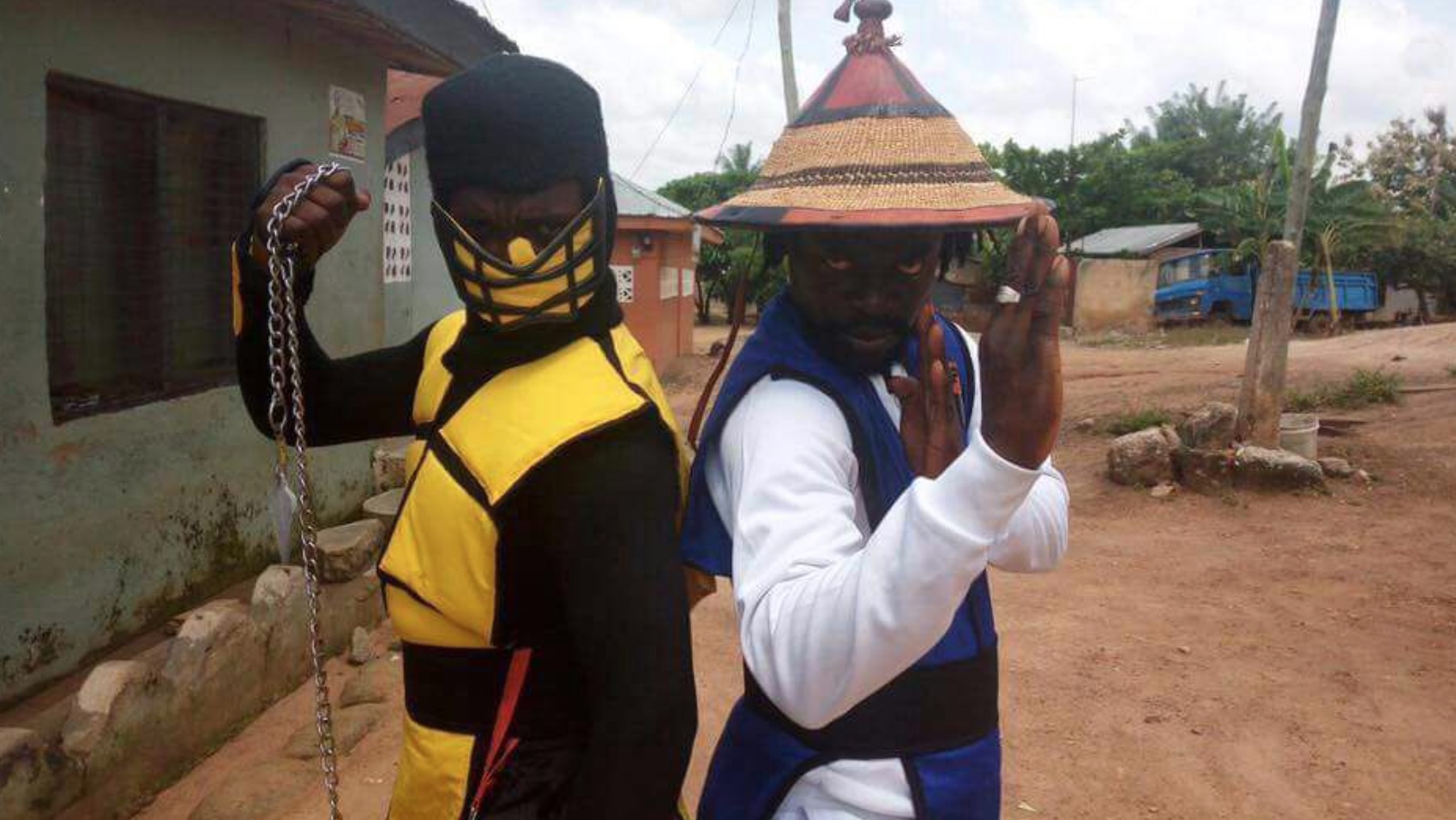 A couple of years ago a trailer for the Ghanaian version of Predator went viral and deservedly so – production values were low and the entertainment factor was truly ridiculous – and now it’s happened all over again with their country’s version of Mortal Kombat.

Ghanaian movies are actually deliberately low budget and terrible looking because that’s the whole point apparently. They’re called Kumawood movies and feature little to no budget, no script with actors improvising everything and a big emphasis on being as stupid and ridiculous as possible. In other words, they’re like a more self aware low budget version of most Hollywood movies.

The trailer has a bunch of people doing weird stuff, some crazy costumes that actually aren’t that bad (although Reptile looks a bit bright), some fight scenes that are actually kinda decent and a motherfucking drone shot of people fighting too – that’s hight budget over there – and all your favourite characters like Liu Kang, Jax, Sub Zero and Raiden beating ass. Enjoy:

Yeah I mean, I haven’t really got a clue about how they’re actually trying to make Mortal Kombat into a movie with a coherent plot as it just seemed like it was a whole bunch of people fighting in fields all the time, but maybe that’s what a Mortal Kombat movie should be about? I mean the game is just people fighting over and over again, so why not just do a live action version of that? Sounds good to me.