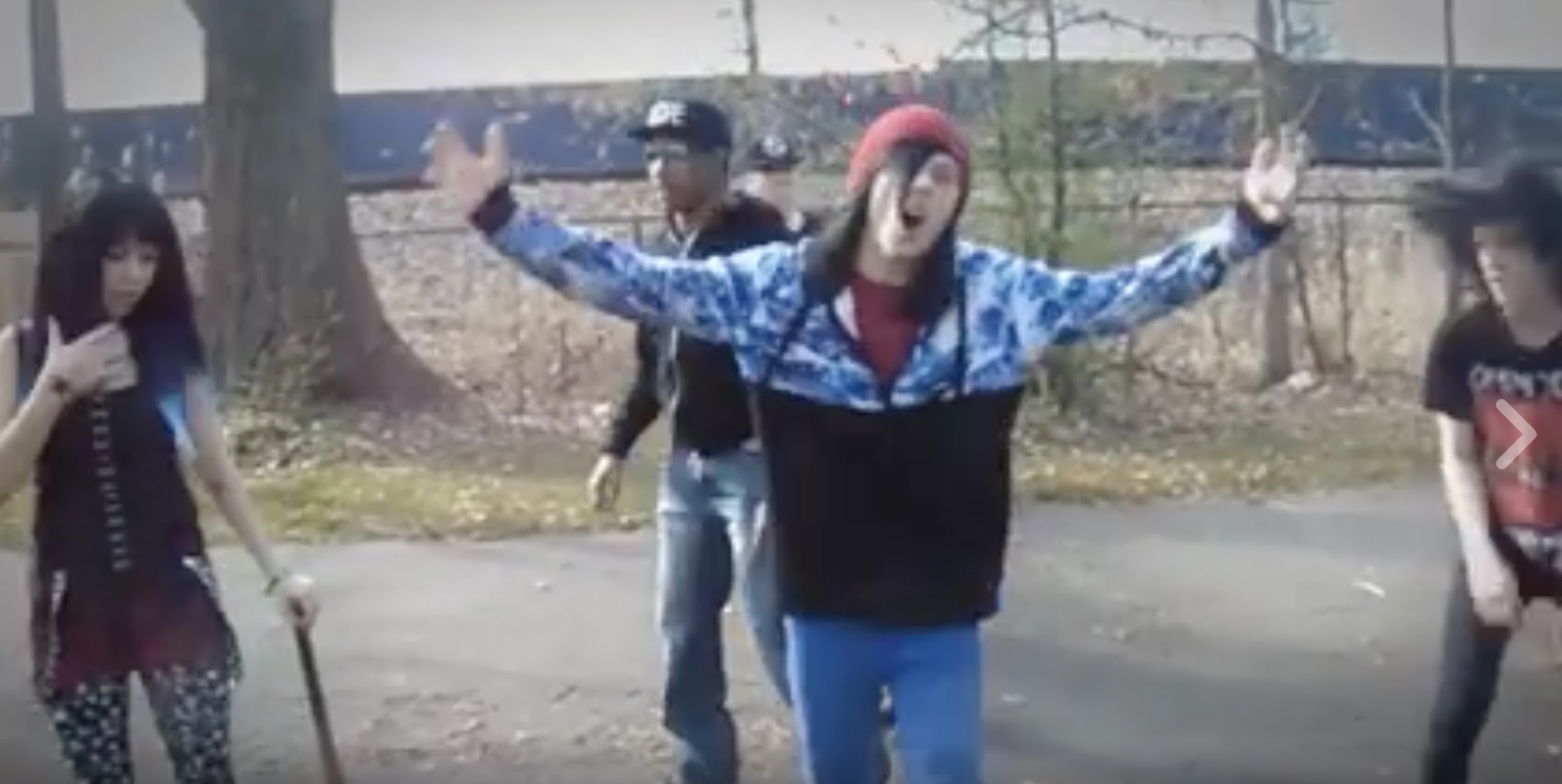 Shut the fuck up bitch.

The emo/nu rave/goth/nu metal/rap metal movements all have a lot of terrible music that they all need to apologise for, but we might have found a contender for the worst of the bunch in this video.

Apparently this has been around for years so apologies if you’ve already seen it, but if you have then you’re probably going to want to relive those glory days because it really is something else. I don’t actually know  anything about it so you might as well just check it out:

So yeah, where to begin with this one? The fact that they look like they’re in some disused park in the outskirts of Middlesborough somewhere? The lyrics that sounds like they’re from something that Insane Clown Posse didn’t use? The My Chemical Romance Black Parade Reference?

Then you’ve also got that guy’s trousers that are red and black checkers on one leg and black n the other leg – where the hell do you even BUY stuff like that? The token black guy in the background with the girl and the guy in the Avenged Sevenfold t-shirt who are just messing around and don’t even look like they want to be there? They’re blatantly trying to create one of those circles of people you see in hip hop battles surrounding those in the middle but only had three lame friends who would waste their Saturday afternoon filming this crap.

Oh yeah and what about that editing? I love all the effects and fade outs and cuts they’ve put on it to try and make it look like it wasn’t just one take. Really convinced me there dude, nice one.

It’s shame I don’t know the name of the band so I can find out more about them, but I’m sure that one of our loyal readers will inform me of the details. In the meantime, is it as bad as Corey Feldman’s performance the other day? Should probably start giving him some credit?